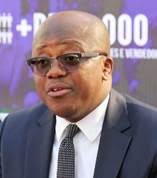 Mr. Nwugo had been serving in an acting capacity in that position since February 2018, following the departure of the previous Regional Chief Operating Officer. Prior to that, he was Senior Manager, Syndications, at the Bank’s Cairo Headquarters from 2011. He joined the Bank in January 2010 as Manager, Banking Operations.