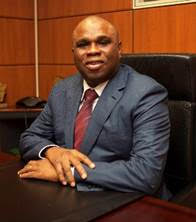 The figure represents a $21 million increase over the gross revenue for the same period in 2017.

The results, released by the Bank in Cairo today, attributed the higher gross revenue to a significant increase in fee income by 119 per cent while interest and similar income recorded a 2 per cent growth compared to prior year performance.

The Bank’s attributable earnings over the six months also amounted to $110 million, beating the budget by 34 per cent.

Other key figures from the results include:

Full details of the abridged unaudited financial statement can be found at the following website: