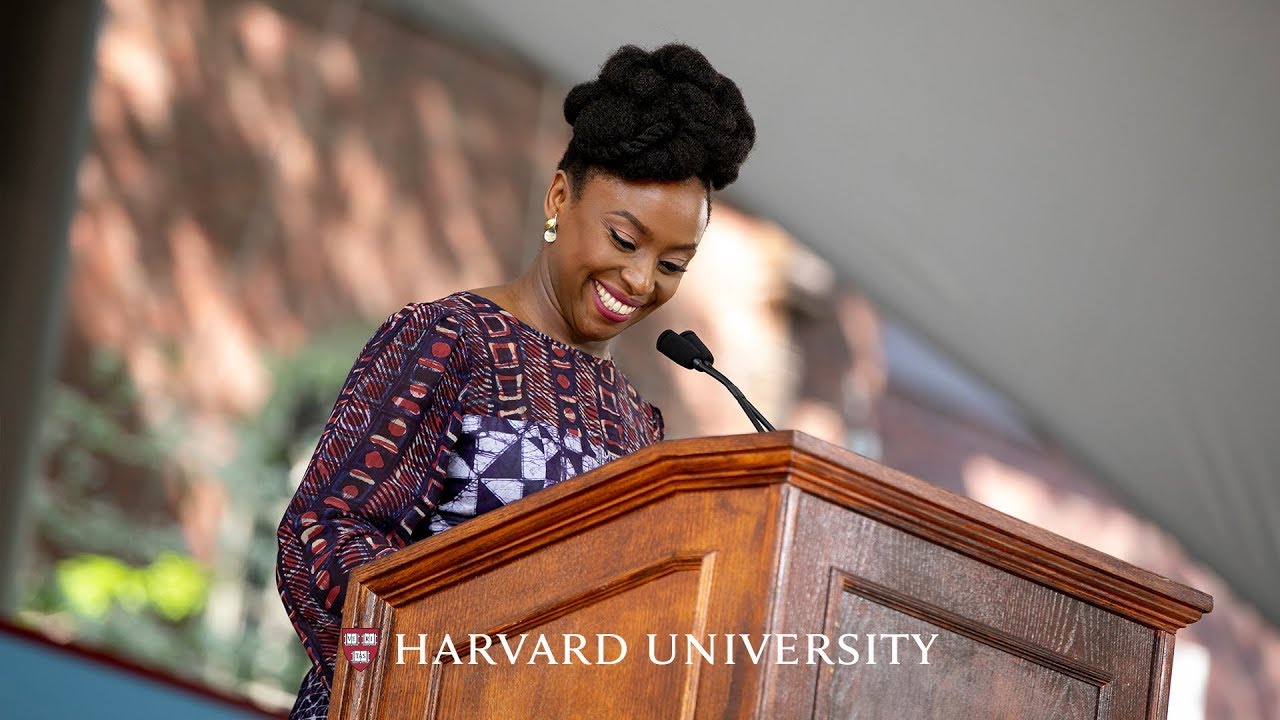 Class Day speaker Chimamanda, urges graduating seniors to embrace that principle in their own lives

Award winning Nigerian novelist Chimamanda Ngozi Adichie stressed the importance of truth during her Class Day speech on Wednesday to graduating Harvard seniors, not just for the nation but for themselves.

“At no time has it felt as urgent as now that we must protect and value the truth,” she said to applause on a gloriously sunny afternoon in Tercentenary Theatre. “The biggest regrets of my life are those times when I did not have the courage to embrace the truth.”

Telling the truth doesn’t mean loudly judging others or starting arguments, and it doesn’t mean that life always works out, because it doesn’t, she cautioned.

Her most recent book, Dear Ijeawele, or A Feminist Manifesto in Fifteen Suggestions, was published in March 2017. She has delivered two landmark TED talks: “The Danger of a Single Story” in 2009, and her 2012 TEDxEuston talk, “We Should All Be Feminists,” which kick started a worldwide conversation about feminism, was included in Beyoncé’s “Flawless” in 2013 and published as a book in 2014.