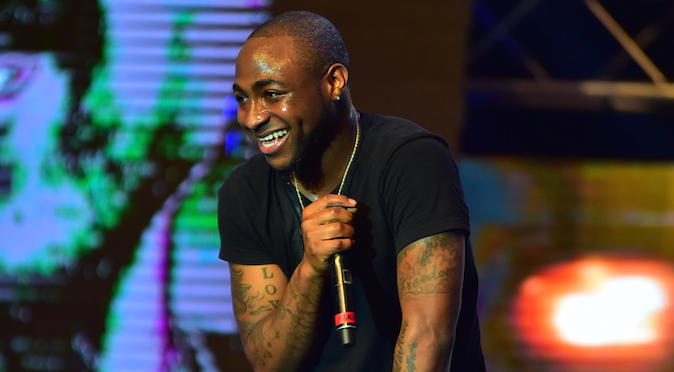 Abuja, 15 July 2018: – Multiple award winner Davido, the singer of some of today’s greatest Afro beats hits, gave a live performance in Abuja on Thursday night to mark the 25th Anniversary of the African Export-import bank (Afreximbank).

The performance, preceded by a show from Cabo Verde’s Mindelo Carnival, closed the second of the four days of Afreximbank’ s Annual Meetings and 25th Anniversary celebrations which ran from 11 to 14 July.

Dr. Benedict Oramah, President of Afreximbank, said: “Last night’s memorable performance by Davido really got the rapt crowd off their feet and joining in as he regaled everyone with many of his biggest hits. Davido celebrated his own 25thbirthday less than a year ago so it’s fitting that he was performing in celebration of Afreximbank’ s owns 25th Anniversary. Both Davido and Afreximbank have made significant achievements during their 25 years and have had significant impact on many millions of Africans.”

Millions of people are familiar with Davido’ s hits which include ‘Dami Duro’, ‘Back When’, ‘Gobe’, ‘Skelewu’ and ‘Gallardo’.

Afreximbank is a critical player in the expansion and diversification of African trade, with key achievements during its 25 years including:

Afreximbank’ s current initiatives include the establishment of a medical Centre of Excellence in Nigeria in partnership with King’s College Hospital, London; and the promotion of industrialisation across Africa through the development of industrial parks and special economic zones under a $1 billion programme in partnership with the Export-Import Bank of China.

More than 100 speakers, including Heads of State, ministers, central bank governors, director generals of international trade organisations, business leaders, African and global trade development experts, and academics, will be speaking during the four days of the Afreximbank Annual Meetings and 25th Anniversary Celebrations.