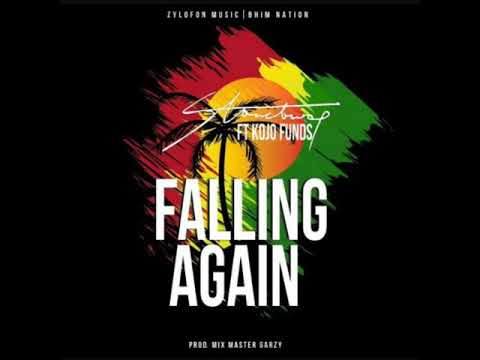 25 time award winning Ghanaian born African entertainer / music artiste, Livingstone Etse Satekla who is popularly known as ‘’STONEBWOY’’ has taken centre stage to represent Ghana and the content of Africa with his unique and engaging style, charisma and talent the Reggae/ Dancehall act born to the Satekla’s in the Volta Region of Ghana in March 1988 shot to International fame in the year of 2014 with his hit single ‘‘BAAFIRA’’ which features one of Africa’s fastest Emcee’s Sarkodie.

On the 18th of August 2017 – ZYLOFON MUISC and BURNITON MUSIC GROUP (BMG) Independently launched the first single of the ‘Go Higher’ hit makers yet to be released studio album titled ‘Epistles of Mama’ (EOM), which is expected to drop later this year. This jam which is titled: ‘Falling Again’ features the UK’s Kojo funds (who is also of Ghanaian descent), was produced & mix and mastered multiple award winning Ghanaian producer Mix Master Garzy and is performed in English & Patios emphasing the diversity of both artists on a cool Dancehall beat with an infectious fusion of African drums.

This one simply goes out to all of the cheating lads out there ‘‘don’t fall because you wont get caught’’.