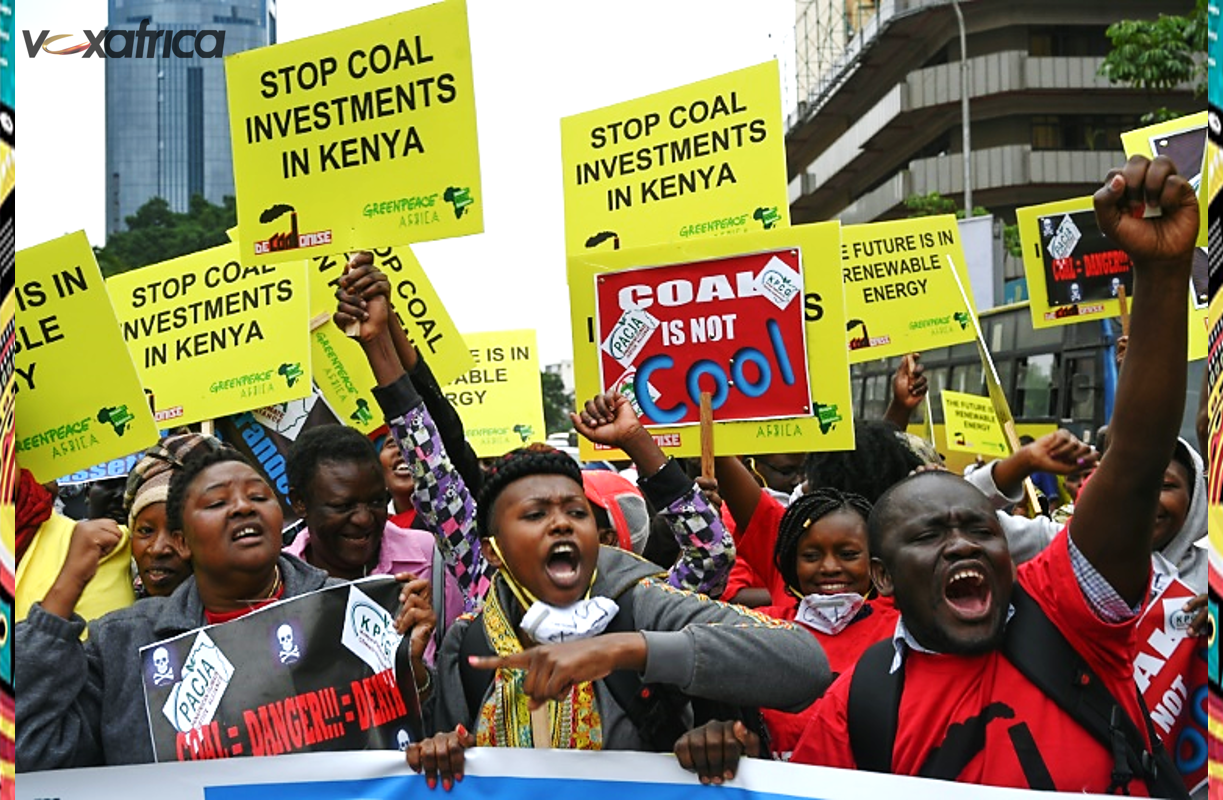 The anti- coal activists marched from Uhuru Park to Nyayo house where the Ministry of Energy is housed and then proceeded to the Chinese embassy to express their discontent over the planned Coal Power Plant in Lamu and coal mining in Kitui.

Coal burning is the number one source of air pollution worldwide. The true cost of coal is destruction at every step- damaging people’s health through air pollution, using up and polluting scarce water resources and contributing to the climate crisis. This coal project will also destroy mangrove forests and local livelihoods, in an ecologically rich area of Kenya in Lamu which is recognised as a UNESCO World Heritage site.

“Our cultural heritage and livelihoods are threatened. The Lamu coal plant will ruin tourism and Lamu Old Town – destabilizing the county’s economy and the environment. Our people will face the most health risks from this plant. The government must prioritise protection of local communities and the environment,” said Mohamed Mbwana From Save Lamu.

“There is no need to build centralized dirty sources of energy such as coal to answer to Kenya’s energy demands especially when the country is taking the lead in Africa with 85% renewable energy base. With access to wind, solar, geo-thermal and tidal energy sources, Kenya’s renewable energy potential is cost efficient and causes no harm to the people and environment,” said deCOALonize Campaign Coordinator, Omar Elmawi.

Climate crisis remains one of the biggest challenges facing humankind. Throughout the world, countries including China – directly linked to the project – are divesting from coal. Studies have shown that the social, environmental and economic costs of running coal fired power plants exceeds the benefits.

Kenya currently produces more energy than it uses. However, electricity access to urban, peri-urban and rural communities is still limited due to a centralized energy system. Investing in a robust decentralized grid system will allow for better access of electricity to industries and households. Investments in the energy sector should go towards expanding the grid network.

Kenya’s president has committed to 100% renewable energy by 2020. Greenpeace Africa and deCOALonize in solidarity with the local communities in Lamu and Kitui would like to hold President Uhuru Kenyatta accountable to this commitment and call on him to halt all investments towards coal in Kenya.