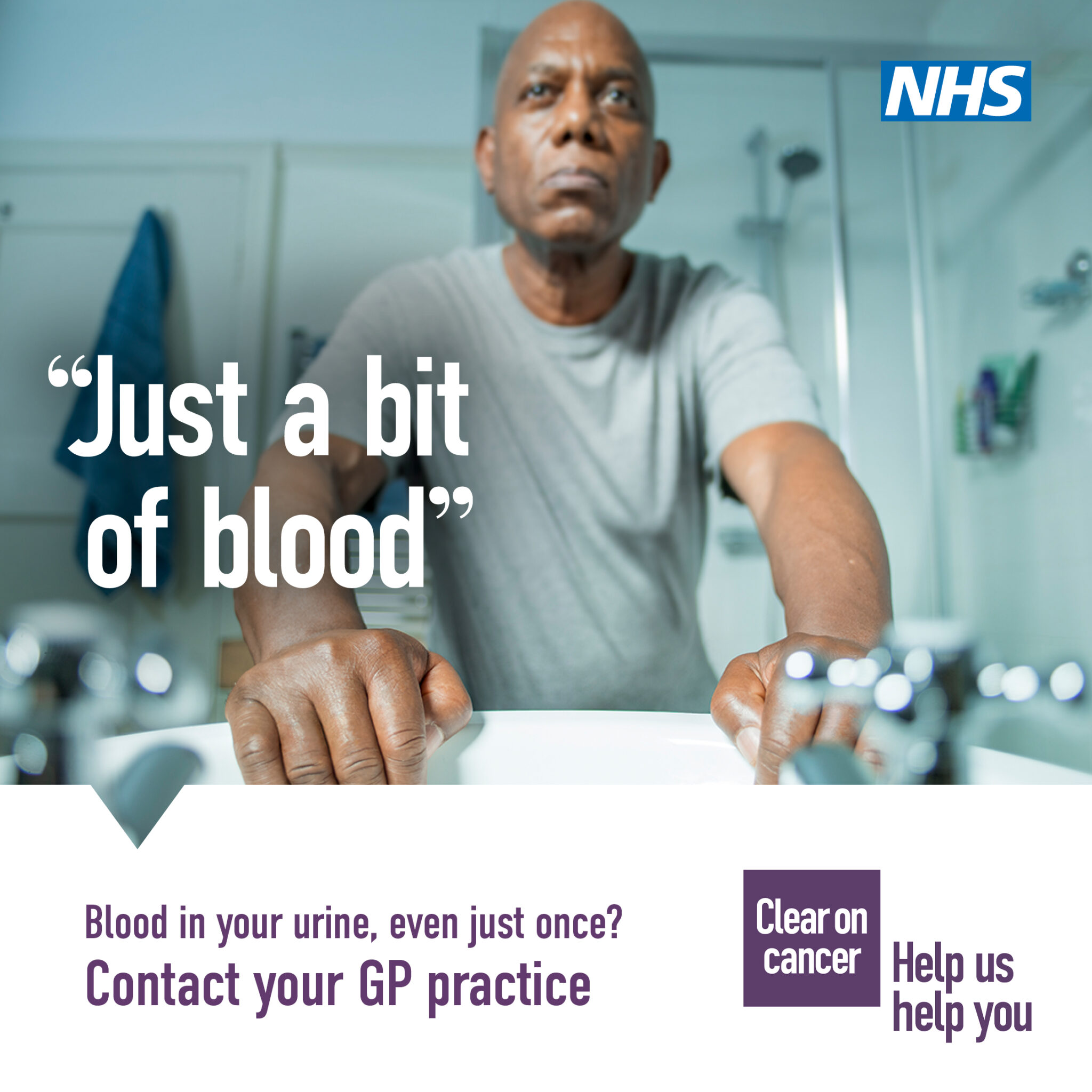 The ‘Help Us, Help You’ campaign raises awareness of symptoms of cancers in the abdominal area, urological cancers, and lung cancer and highlights that the NHS is open and ready to treat people.

Cancers in the abdominal area include bowel, oesophageal, stomach, bowel, pancreatic, ovarian, and uterine cancers, and urological cancers include prostate, kidney, and bladder cancers. Symptoms that could be possible signs of these cancers include persistent diarrhoea, prolonged discomfort in the tummy area, or blood in your urine – even just once.

Despite abdominal and urological cancers accounting for nearly half (44%) of all cancer diagnoses and two in five (41%) cancer deaths in England, new research shows that many Black people are less likely to recognise cancer symptoms – which could prevent them from seeking help.

The research also found that more than half of Black respondents (57%) would be put off going to see their doctor if they had symptoms such as tummy troubles for three weeks or blood in their urine due to feeling embarrassed. A further 30% of Black people said they thought their doctor would feel they would be wasting the doctor’s time if they went because of having blood in their urine (compared to 23% of the general public).

Dr Adebola Adisa, GP said, “The research findings show that the Help Us Help you campaign is important for the Black community to help increase awareness of cancer symptoms and encourage more people to contact their GP if they notice any of the symptoms.

“If you see blood in your urine just the once or have diarrhoea or tummy trouble for three weeks or more you should get it checked out straight away – finding cancer early makes it far easier to treat. Don’t ignore it and don’t worry about wasting our time, contact your GP straight away – we want to see you!”

The campaign also highlights common signs of lung cancer- the third most common cancer and the leading cause of cancer deaths in the UK, with around 39,000 people diagnosed each year.

Whilst 75% of Black respondents know coughing regularly for three weeks can be a symptom of cancer this is less compared to 80% of the public as a whole.

The research also revealed that when asked why they would not talk to friends and family about coughing for more than three weeks (a potential symptom of lung cancer), Black respondents were more likely (78%) to say that they would only discuss a symptom with friends and family if they were sure it was something serious, compared to 69% of the general public. 42% of Black respondents also say such symptoms are not serious enough to encourage someone close to them to see their GP, compared to 34% of the public.

“As a community, we need to talk more about cancer and not ignore symptoms until they become more serious. I urge people to contact their GP if they’ve had a cough for three weeks or more, it could be a sign of cancer therefore the symptom shouldn’t be ignored. There’s no shame in seeking help. Knowing about cancer symptoms and seeking treatment early can be the difference between life and death. Also if you see or experience any unusual changes like chest infections that keep coming back, coughing up blood, persistent breathlessness, get it checked immediately.”

Your NHS wants to see you, for further information please visit nhs.uk/cancersymptoms