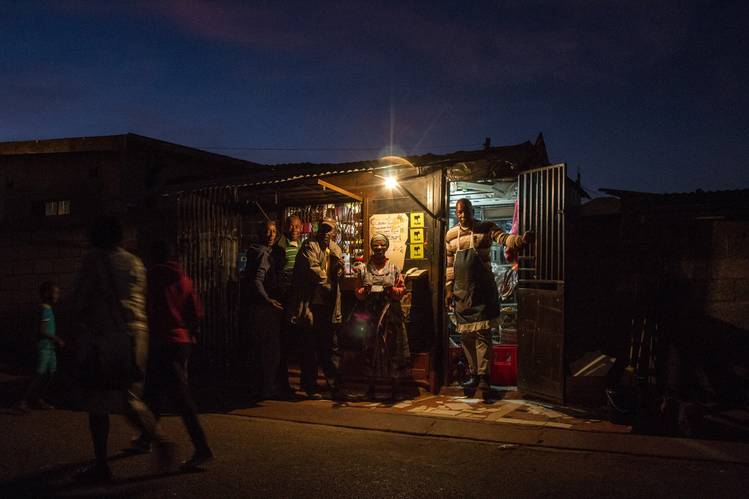 The power cuts, known as “load shedding” are implemented to prevent a collapse of the electricity grid. They were previously implemented in February and again in October.

The embattled state-owned utility Eskom, which generates around 95 percent of the country’s electricity, has long struggled to produce power due to ageing infrastructure at its coal-fired power stations and decades of mismanagement.

To date, load shedding had been implemented only up to what is known as stage 4.

But on Monday Eskom announced it had moved to stage 6 load shedding as from 6:00 pm (1600 GMT), which requires 6000MW to be rotationally load shed a result of a capacity shortage.

“The heavy rains has caused coal handling and operational problems at several power stations,” it said adding that its technical teams would be working through the night to restore units.

The latest wave of power cuts comes two weeks after the International Monetary Fund warned that reliance on government spending to boost growth coupled with continuous bailouts to state-owned entities was not sustainable.

One of the biggest risks to the economy according to pundits has been posed by the embattled state power company Eskom, which has a 450 billion rand ($30 billion) in debt despite multiple bailouts from the state.

Government plans to pour 128 billion rand (around $8.8 billion) into Eskom over a three-year period that began in February 2019.

President Cyril Ramaphosa on Monday acknowledged that the problems with the construction of Medupi and its ‘twin’ Kusile station account for much of the financial crisis at Eskom.

“The cost of building the power station has escalated dramatically since it’s building started, it is behind schedule and – with five of its six units now in commercial operation – it is not yet performing at the level it is expected to perform,” he said in a statement.

In November the company announced a new CEO in Andre de Ruyter to turn around the entity, after Phakamani Hadebe resigned in July citing “unimaginable demands” of the job.

But Eskom also warned of a further hefty annual loss and a rise in debt to the equivalent of $30.8 billion in the fiscal year that ends on March 31, 2020.

Pressure has been mounting for Ramaphosa who was re-elected this year in part on a pledge to restore the economy.

He has announced plans to divide Eskom into three subsidiaries: generation, transmission and distribution, by March 2020.