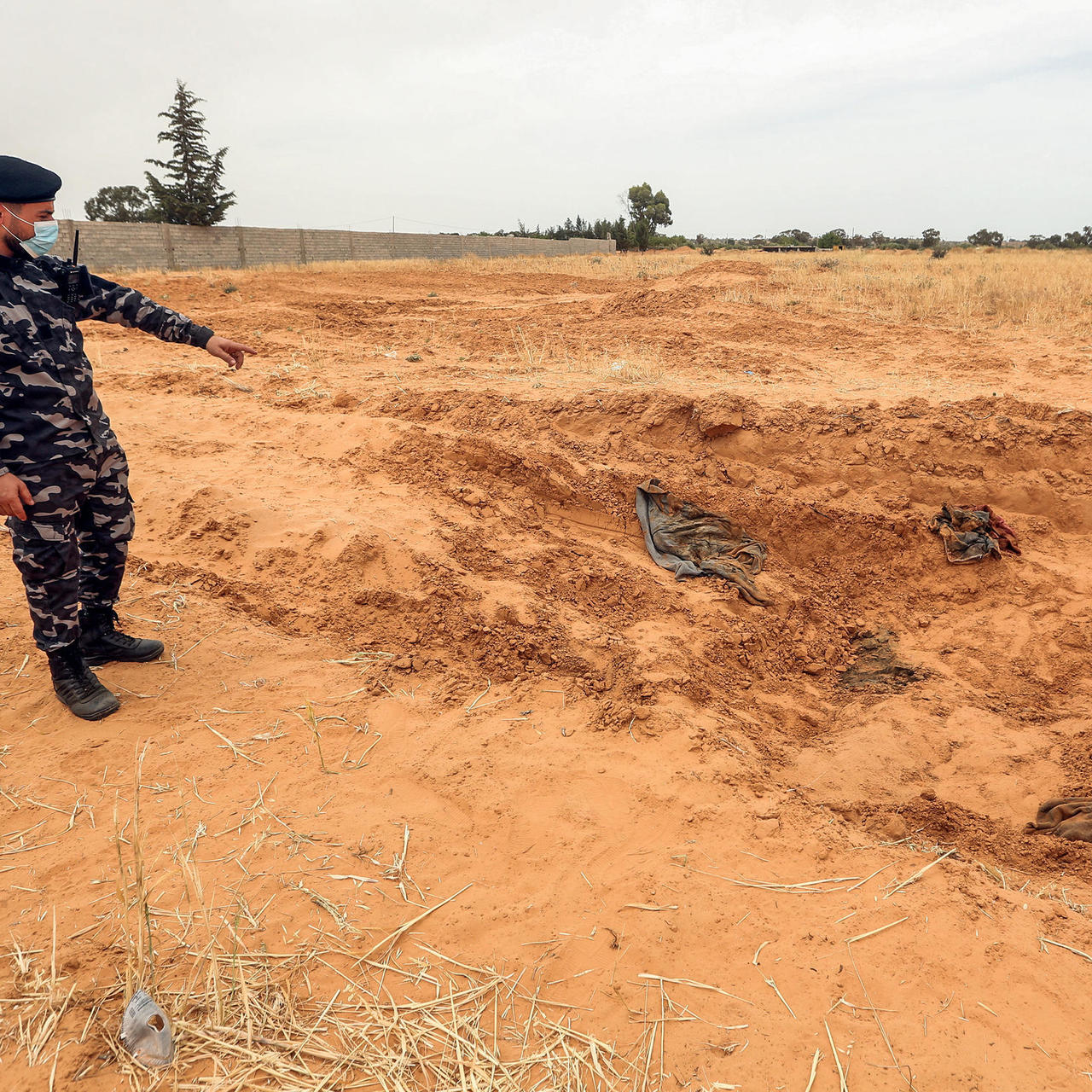 The United Nations voiced “horror” after reports that eight mass graves had been discovered in an area recently seized by the unity government after forces loyal to eastern strongman Khalifa Haftar withdrew.

“UNSMIL notes with horror reports on the discovery of at least eight mass graves in past days, the majority of them in Tarhuna,” the UN mission said in a statement on Twitter.

“International law requires that the authorities conduct prompt, effective & transparent investigations into all alleged cases of unlawful deaths,” it added.

Several presumed mass graves have been discovered near Tarhuna, southeast of the capital Tripoli, since it was seized back by forces loyal to the UN-recognised Government of National Accord on June 5.

An AFP journalist on Thursday was granted access to a site where several bodies had been discovered and exhumed by the Libyan Red Crescent for identification the day before.

Scraps of clothing were scattered around the site near graves covered with fresh soil.

“We are searching all the mass graves to identify the bodies and return them to their families,” said GNA interior minister Fathi Bachagha, who was in Tarhuna on Thursday.

UNSMIL welcomed a decision on Thursday by the justice minister to establish a committee to investigate the finds.

“We call on its members to promptly undertake the work aimed at securing the mass graves, identifying the victims, establishing causes of death & returning the bodies to next of kin,” it said.

Separately, 160 bodies were also discovered in the morgue by GNA forces upon their arrival in the city, according to the director of Tarhuna’s public hospital, Aburawi al-Buzeidi.

The bodies “were transferred to Tripoli and Misrata by the Red Crescent”, he told journalists, giving no further detail.

Tarhuna was the main rear base for a devastating year-long offensive by eastern-based Haftar’s forces to seize the capital from the unity government.

Pro-Haftar forces backed by Russia, Egypt and the United Arab Emirates had been battling since April in fighting that has left hundreds dead and forced 200,000 to flee their homes.

In recent weeks the GNA, reinforced with Turkish drones and air defences, has staged a pounding counter-attack to regain control of the whole of the northwest.

Haftar’s forces this month abandoned their remaining positions in the southern suburbs to advancing government troops.

The US, EU and other foreign powers have called for a ceasefire following Haftar’s losses in Tripoli.

But the resurgent GNA has vowed to push on for Sirte, Kadhafi’s hometown and the last major settlement before the traditional boundary between western Libya and Haftar’s stronghold in the east.

The GNA’s counter-assault is the latest round of fighting in years of violence following the 2011 toppling and killing of longtime dictator Moamer Kadhafi in a Western-backed uprising.