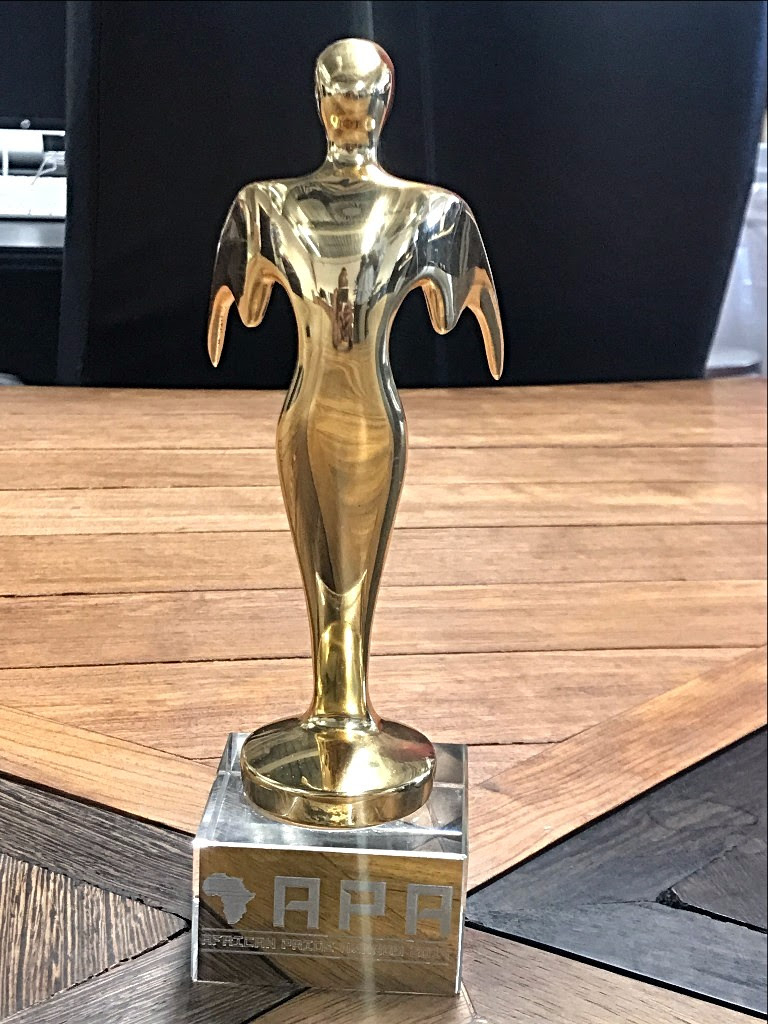 On Sunday, 13th August 2017, in the Grand Ballroom at the Montcalm, London, Voxafrica TV saw off competition from ROK, ABN and TraceTV, and was named African channel of the year 2017, at the African Pride Awards 2017 [#APA17] ceremony.

African station of the year was one of many awards handed out on the night, some other winners included: Awilo Longomba who won the lifetime achievement award, 3ShotsOfTequila who won the award for Online Entertainment Platform of the year, Ghana Boyz for best international dance group, Dboy Dayo for radio personality, and DJ Selecta Maestro for Outstanding Disc Jockey of the Year.

Present to receive the award from Voxafrica’s London HQ. on behalf of the channel were Yvette Twagiramariya and Immaculate Okorie. On receiving the award, the Voxafrica commercial managers said:

“Everybody is a winner! We all stand for one continent and that is Africa, and we know it takes a lot of passion, hard work and dedication to manage an African channel in the diaspora. So shout out to all nominees BEN TV, ROK TV, TRACE TV, TVC. NOLLYWOOD TV and ABN.

As you know Voxafrica’s vision is to promote the best image of Africa for Africans and the rest of the world.
Thank you to our viewers and all members of the Voxafrica team, who come in and work hard every day to ensure the best output”

This years’ award receipt for ‘African channel of the year’ marks Voxafrica’s 4th win in this category. In 2012, 2013, and 2015, the Pan-African channel won the best TV award at the BEFFTA’s [The Black Entertainment Film, Fashion Television and Arts Awards].

Hosted by popular comedian Eddie Kadi, the African pride award also known as the people’s choice award comes together to recognise, celebrate and honour Africans who have impacted positively in the African diaspora community.

Broadcasting its’ English feed on DStv 191, GoTV 17 & Sky channel 218, Voxafrica TV is one of the largest multi-award winning providers of African, Caribbean and American entertainment across Africa, UK and Europe. Operating from its’ London headquarters, Voxafrica offers the best in lifestyle, entertainment, news and current affairs from Africa, America and the UK.