20 KILLED BY ‘BANDITS’ IN NORTHWEST NIGERIA 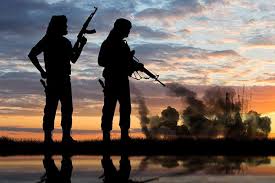 Gunmen stormed a village in northwest Nigeria killing 20 people in the latest attack by criminal gangs in the violence-wracked region, police said Wednesday.

Violence in Zamfara that began more than a decade ago with armed robbery and cattle rustling has spiralled into clashes over land and resources between ethnic Fulani herders and local farmers.

“Since then the bandits have been targeting the villagers to avenge the killing of their comrades,” the police spokesman added.

The “bandits” are known to hide in camps in Rugu forest which straddles Zamfara, Katsina, Kaduna and Niger states from where they launch attacks on communities.