IN THE MIDST OF A PANDEMIC, ADOPTION IS FIRMLY IN THE HEARTS OF OUR COMMUNITIES 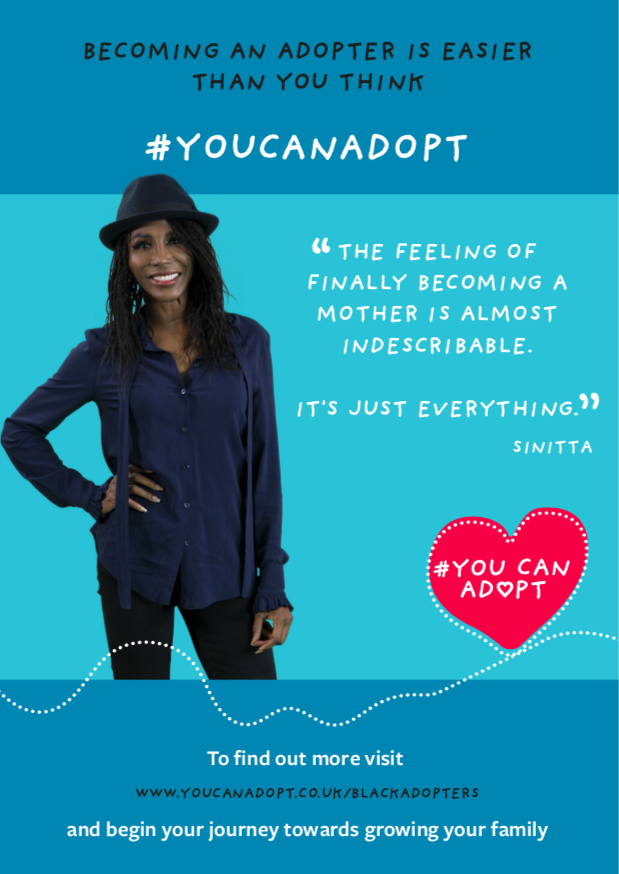 It is widely known in black communities that informal adoption is part and parcel of the fabric of our communities; we raise and nurture children that are not our biological children as if they were. Now new data from the cross sector National Adoption Recruitment Steering Group reflects this truth, showing that black communities have positive and altruistic views around adoption, with 80% stating that they have either adopted, considered or would consider adopting a child in the future. The data coincides with the launch of the first National Adoption Recruitment campaign, an initiative urging people who are considering adoption to take the next step.

The drive comes as the survey reveals that whilst motivations regarding adoption are overwhelmingly positive amongst the black community, there are a number of barriers and misconceptions that deter people from taking the next step. This includes concerns around people feeling that their housing is not adequate (35%); finances not being in a good enough position (30%) and worries about their age (20%).

At a time when national statistics reveal that black and mixed-heritage children are disproportionately represented in the care system, a factor that one in six respondents was aware of, the National Adoption Recruitment campaign is raising awareness that the key attribute for adopting a child is providing a loving, safe and stable home and that factors such as occupation, salary, the size of someone’s home, home ownership or age are not important.

The data also revealed that there are a number of incorrect assumptions about the type of person who can adopt. Contrary to beliefs outlined in the survey, those for whom English is not their first language, single people and those who are not married can adopt.

“People think that if you’re in a low income job or on benefits, you cannot adopt, this is not the case. The National Adoption Recruitment campaign reminds people that not only is the adoption process quicker and simpler than it once was but that the chances are, if you’d like to adopt, it’s very likely you can. Over the years we have seen the fulfilling challenge of adoption at work in several people, including close family, who have benefited from being adopted and some who have adopted. Every child deserves a loving home and I urge anyone who is considering adoption to come forward and take that next step to put a stop to our children waiting longer for an adoptive family.”

“I would definitely encourage others to consider adoption. I always knew I wanted children and I tried everything from IVF to surrogacy to have them. All of those journeys led to heartbreak, except adoption. The feeling of finally becoming a mother was almost indescribable; it’s just everything. It was everything I wanted and more. I love my children more than anything and I always say that love is thicker than blood.”

“The best thing about adopting is knowing that you’ve made a constructive change to someone’s life and that they have done the same for you. My daughter has made my parents grandparents, my brother an uncle and my friends Godparents. I’m honoured to be her mum, she is such a blessing. To anyone in the black community considering adopting I would say absolutely go for it. There are children out there who need support and love and you can add so much value and make a difference to their lives. Your situation – if you are single, married or older for example – won’t matter, if you can provide a loving and nurturing home, I’d say go for it.”

Further information can be found at www.youcanadopt.co.uk/blackadopters