AFREXIMBANK BRANCH OFFICE TO SERVE AS GATEWAY INTO CENTRAL AFRICA 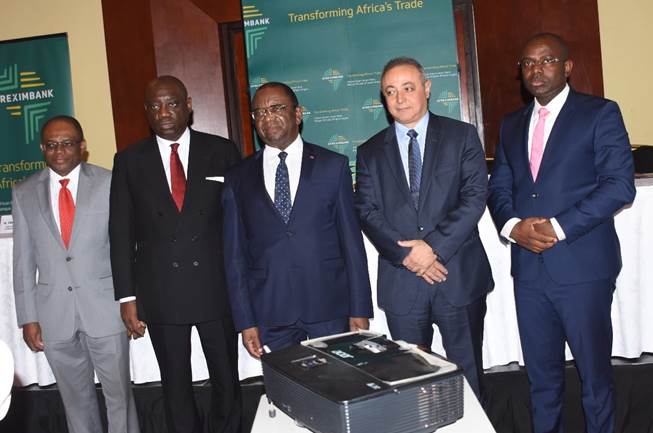 Yaounde, 11 Dec. 2019: – The new branch office being opened by the African Export-Import Bank (Afreximbank) in Yaounde will serve as the Bank’s gateway to the Central African region, Amr Kamel, Afreximbank’s Executive Vice President for Business Development and Corporate Banking, has said.

Speaking during a roadshow organised in Yaounde to present the Bank’s products, programmes and facilities to the business community, Mr. Kamel said that the office would bring the Bank closer to local businesses in the region.

“We are in the final stages of discussions with the Government authorities to open the branch office,” he told the audience of more that 250 business leaders from all the key sectors of the Cameroonian economy.

Mr. Kamel noted that many African countries were taking strategic steps towards decommoditizing their exports and implementing industrialization strategies, saying that they were tired of being heavily commodity-dependent.

Many Africans could no longer accept a situation where their development aspirations were defined by the vagaries of the international commodity markets, he explained.

He commended the role given to Afreximbank in mobilizing all parties towards the attainment of the goals of Cameroon’s Vision 2035 and pledged that the Bank was committed to assisting both the government and the private sector.

Luc Magloire Mbarga Atangana, Minister of Trade of Cameroon, commended Afreximbank for the decision to hold the roadshow in Yaounde and for selecting Cameroon to host the Central Africa Branch Office.

He urged the business leaders in attendance to take full advantage of the services offered by Afreximbank in order to exploit the opportunities opened up by the implementation of the African Continental Free Trade Area (AfCFTA).

Mr. Atangana noted that, with the AfCFTA, Africa had become one huge market of 1.2 billion people to which businesses in Cameroon and the Central Africa region could sell their products.

In the presentations that followed, members of the Afreximbank business team discussed the various products, programmes and facilities offered by Afreximbank to promote and support trade across Africa.

On 10 December, Afreximbank organised a similar roadshow in Douala, Cameroon, which also attracted more than 250 business leaders representing the various sectors of the economy.