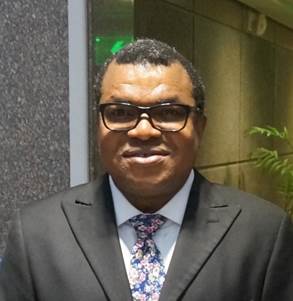 Cairo, 03 March 2019: – The African Export-Import Bank (Afreximbank) has announced the appointment of Abel Osuji as Director of its Internal Audit Department following the upgrade of that function into a full department.

Until the appointment, Mr. Osuji had, since 2010, served as Senior Manager heading the internal audit function of the Bank which operated at the unit level.

Mr. Osuji joined Afreximbank from Masters Energy Ltd, Nigeria, where he was Assistant General Manager, Internal Audit, until 2010. Prior to that, he had served as Head, Investigation and Business Risk Monitoring Unit, at Intercontinental Bank (now Access Bank), Nigeria, between 2000 and 2010, and as Trainee (staff Accountant), Senior Accountant to Audit Supervisor, at EY (formerly Ernst & Young) Nigeria, from 1994 to 2000.

Mr. Osuji was elected Fellow of the Institute of Chartered Accountants of Nigeria in 2013 and holds a Certified Risk Analyst certification which he received from the International Academy of Business and Financial Management in 2013. He attended the Advanced High-Performance Leadership programme at IMD in Switzerland in 2018.

In his new position, Mr. Osuji is responsible for leading the design and implementation of Afreximbank’s Internal Audit Services strategic direction and overseeing the management of change initiatives in monitoring and evaluation of risk controls in the Bank.