AFREXIMBANK SIGNS TERM SHEET FOR $190 MILLION FACILITY TO MADE IN AFRICA INC. 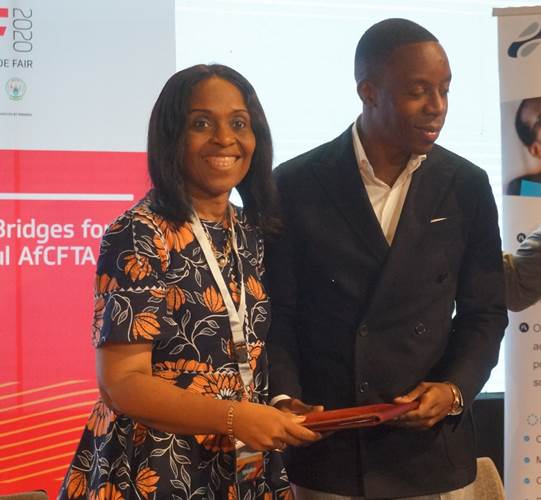 The African Export-Import Bank (Afreximbank) today in Kigali signed a term sheet with Made In Africa Inc. (MIA) to provide the company with a $190-million facility to finance the acquisition of African Fabric Holdings BV, Netherlands, also known as Vlisco Group.

The facility, broken into two tranches, will also be used to provide working capital to Vlisco group following the acquisition.

Kanayo Awani, Managing Director of Afreximbank’s Intra-African Trade Initiative, signed on behalf of the Bank while Kojo Annan, Chairman and Founder of MIA, signed for the company during a ceremony held on the sidelines of the Creative Africa Exchange Weekend (CAX WKND) taking place in Kigali.

Vlisco Group designs, produces and distributes fashion fabrics, especially of the African wax print style, for the West and Central African market and African consumers in global metropolitan cities. Its fabrics have grown into an essential part of African culture, receiving widespread attention from the art, design and fashion worlds.

CAX WKND, which is featuring more than 2,000 participants and 250 exhibitors from 68 countries, is organised by Times Multimedia and sponsored by Afreximbank and other partners, as the opening act of activities planned under the CAX Programme to bring together African creative talents from the music, arts, design, fashion, literature, publishing, film and television sectors.