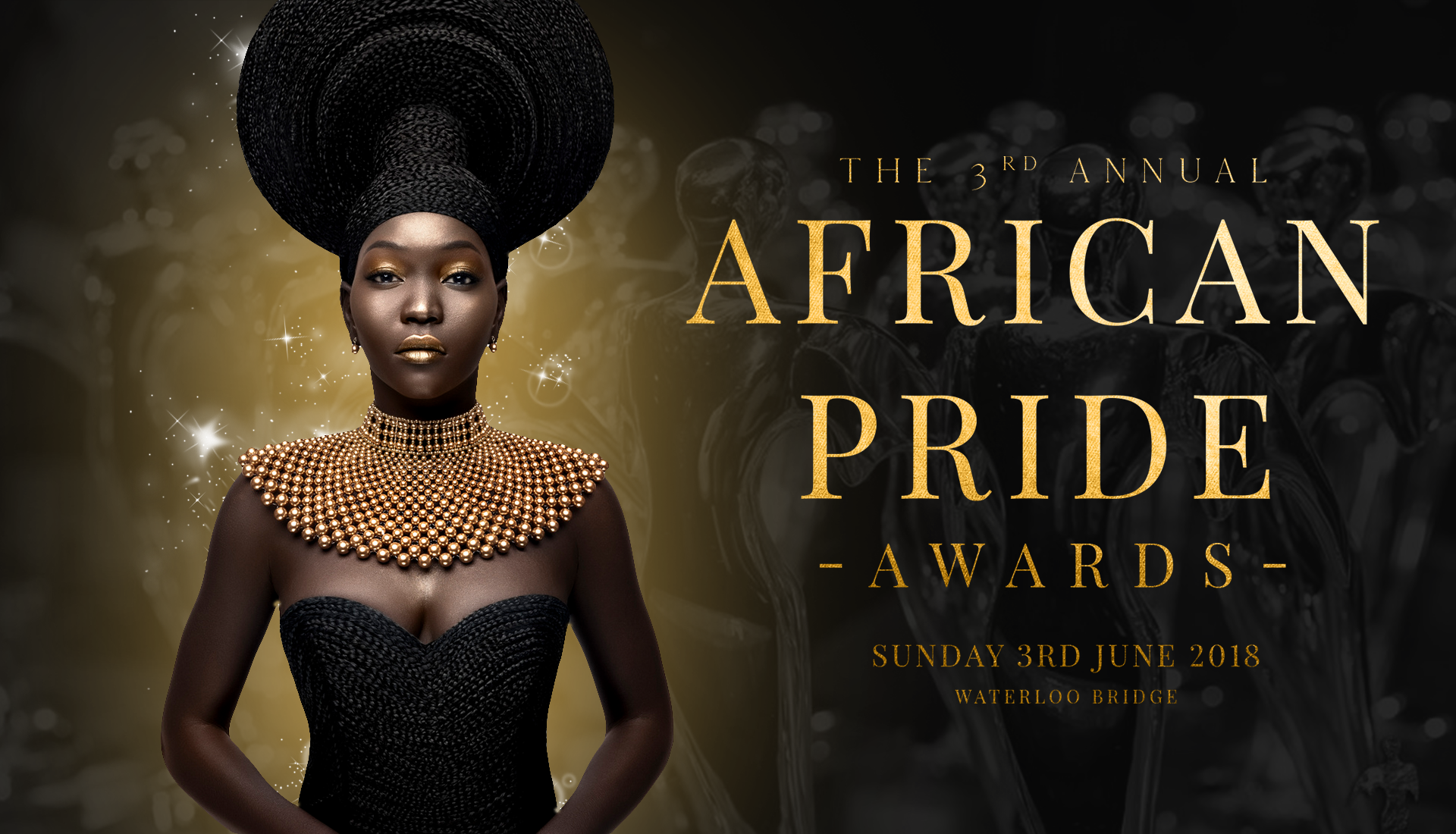 Initiated by Africa Unplugged and Therapy Entertainment, and sponsored by a number of leading Pan-African companies, including One Africa Music Fest, Women for Africa, EPJ Media and Save the Congo!, the prestigious black tie gala dinner award recognises, celebrates, inspires and fosters the outstanding and extraordinary role African men and women, in and outside Africa, play in sport, film, music, politics, business, journalism, fashion and technology in advancing Africa forward.

The star-studded event will kick off at18:00with the red carpet photos and interviews, followed by champagne reception. The main event will kick off at 20:00, with the process culminating in 5 Special Recognition awards, and 1 Lifetime Achievement Award and a special auction, proceeds from which will directly benefit Save the Congo!’ global campaign work to end the wars and conflicts that have killed over 5.4 million Congolese.

Commenting on the release of the nominees, the Congolese rights activist Vava Tampa, who co–chairs African Pride Awards, said,

“As one of Africa’s highest accolades, winning an APA has become a prestigious career achievement for pushing Africa, its people and their cultures forward; and the 2018 show promises to be an emotional and one-of-a-kind celebration of the year’s most successful Africans at home and across the globe.”

The show will be broadcasted by FAME TV, filmed by YANGATV, including red carpet coverage by VoxAfrica TV.

2018 SPECIAL RECOGNITION CHART FACTS:
SPECIAL RECOGNITION – PERSONALITY
The MP for Tottenham, the Rt. Hon. David Lammy, MP, for leading the Windrush campaign in Parliament
Joyce Obaseki, founder of Grant a Smile, for her tireless work with parents battling chronic medical conditions
DJ Abrantee, a pioneering Afro beat DJ, for his critical contribution to Afrobeat in Britain and his resilience in the face of adversity
Ebony Reigns, the late Ghanaian artist, for being a trendsetter, pushing the boundaries and inspiring the next generation

SPECIAL RECOGNITION – CHARITY OF THE YEAR
Save the Congo! for leading the fight to end the wars and conflicts that have killed over 5.4million Congo
LIFETIME ACHIEVEMENT AWARD
Sir Trevor McDonald OBE, the first black reporter on British television and Britain’s most prominent newscaster, for the extraordinary role he has played in inspiring excellence in many black people in Britain

For additional information on the “2018 African Pride Awards,” visit us atwww.AfricanPrideAwards.org; and for ticket packages:https://shoobs.com/events/28461/african-pride-awards-2018

For the latest African Pride Awards (APAs) news, exclusive content and more, be sure to follow the APAs on social media and join the conversation by using the official hashtag for the show, #APA2018
Instagram:https://www.instagram.com/weareafricanpride/
The complete list of nominees for the “2018 African Pride Awards” can be found athttp://africanprideawards.org/2018-nominees/