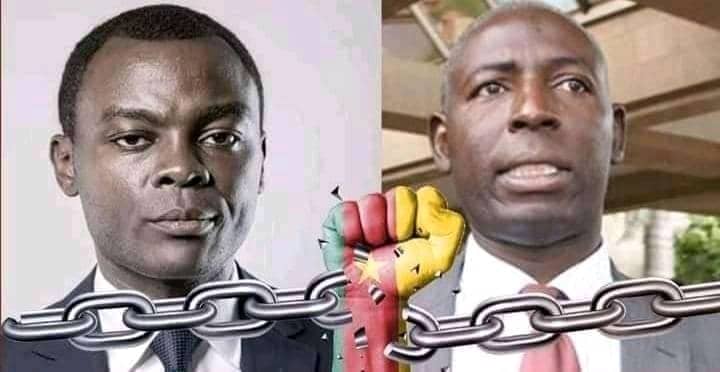 The military court of Yaounde sentenced this Monday, 27th December 2021, to seven years in prison several demonstrators of September 22, 2020 prosecuted for rebellion and attempted revolution.

Among those convicted are Olivier Bibou Nissack, spokesman for Maurice Kamto and Alain Fogue, national treasurer of the MRC. The two men were sentenced to seven years in prison and fined more than 460,380,000 CFA francs.

At the opening of the trial, the president of the court, Colonel Misse Njone Baudoin acknowledged having received a letter of challenge from the lawyers assigned to defend the MRC militants. These activists had also mentioned the incompetence of the military court to judge civilians. In their absence, the military judge decided to ignore these complaints and sentenced the MRC protesters to sentences ranging from five to seven years in prison.

Arrested for some on 22 September 2020, and for others well before the march, the activists of this opposition party were demonstrating to demand the establishment of a consensual electoral system, an end to the war in the English-speaking region and the audit of funds intended for the African Cup of Nations.

The main opponent of President Paul Biya, Maurice Kamto, has launched a communication campaign to have his activists released before the start of the African Cup of Nations . These convictions could further radicalise the Cameroonian political scene and jeopardise social peace.

Since the announcement of these convictions, the MRC has decided to suspend all public statements. The collective of lawyers Sylvain Souop has refrained from commenting on the decision of the Yaounde military court considering that a special communication will be made on it in due course.

From now on, only Cameroonian President Paul Biya has the constitutional powers to release these militants by using his right of pardon. A release that could help consolidate the national character of the African Cup of Nations and strengthen national integration among the Cameroonian people.