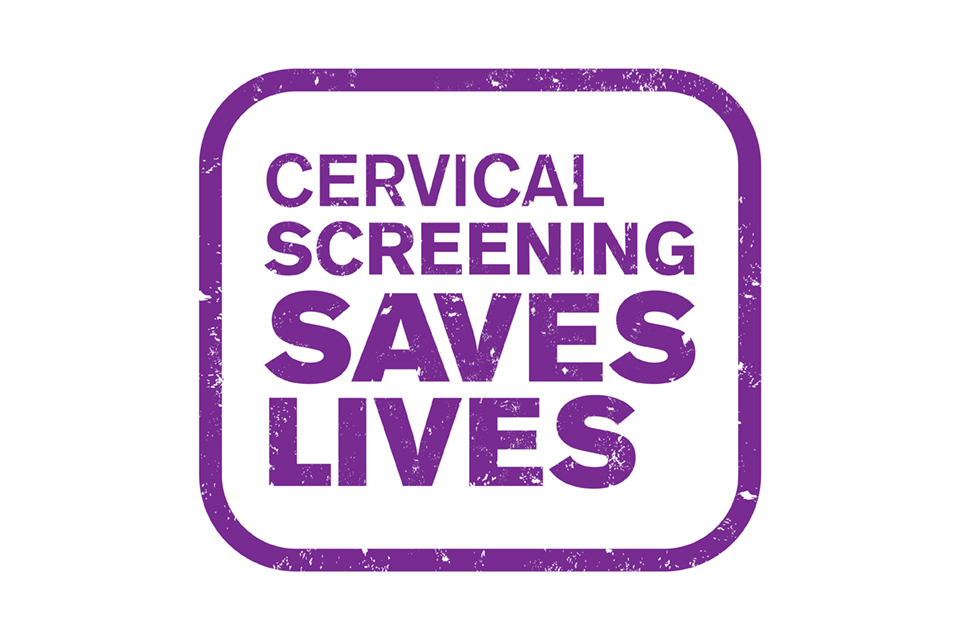 The campaign urges women to attend their cervical screening, with data showing that the number of women attending screening has fallen to a 20-year low.

The campaign will encourage women to respond to their cervical screening invitation letter, and if they missed their last screening, to book an appointment at their GP practice.

Around 2,600 women are diagnosed with cervical cancer in England each year, and around 690 women die from the disease, which is 2 deaths every day. It is estimated that if everyone attended screening regularly, 83% of cervical cancer cases could be prevented.

New research from PHE shows that nearly all women eligible for screening (90%) would be likely to take a test that could help prevent cancer – and of those who have attended screening, 9 in 10 (94%) would encourage others who are worried to attend their cervical screening. Despite this, screening is at a 20-year low, with 1 in 4 eligible women (those aged 25 to 64) in the UK not attending their test.

The new PHE campaign provides practical information about how to make the test more comfortable, and gives reassurance to women, who may be fearful of finding out they have cancer, that screening is not a test for cancer.

Regular screening, which only takes a few minutes, can help stop cervical cancer before it starts, as the test identifies potentially harmful cells before they become cancerous, and ensures women get the right treatment as soon as possible.

The PHE research shows that once they have been screened, the vast majority of women feel positive about the experience, with 8 in 10 (87%) stating they are ‘glad they went’ and that they were ‘put at ease by the nurse or doctor doing the test’ (84%).

The decline in numbers getting screened for cervical cancer is a major concern as it means millions of women are missing out on a potentially life-saving test. Two women die every day in England from cervical cancer, yet it is one of the most preventable cancers if caught early.

We want to see a future generation free of cervical cancer but we will only achieve our vision if women take up their screening invitations. This is a simple test which takes just five minutes and could save your life. It’s just not worth ignoring.

It is a tragedy that women are needlessly dying of cancer when a simple test can identify any risks early on. We hope this new campaign – the first of its kind in this country – will save lives and I am delighted to see it launch today.

Improving cancer detection and diagnosis is a core part of our Long Term Plan for the NHS, and from April, any patients with suspected cancer will begin to receive a diagnosis or the all clear within 28 days, and £200 million is being invested to fund new ways to rapidly detect and treat cancer.

Cervical screening is one of the most important things women can do to protect themselves from the risk of cervical cancer. Screening can stop cancer before it starts and saves thousands of lives every year.

Some women are nervous or embarrassed about the test and put off having it done. While it’s not the most enjoyable experience most women say it wasn’t as bad as expected and were glad they did it.

The tests are usually done at your GP surgery by female nurses who are trained to make women feel more comfortable and talk them through the process. I cannot stress how important it is not to ignore your screening letter – it’s a five-minute test that could be lifesaving.

I can’t say I’m thrilled when my cervical screening invite is posted through my door, but I know how important it is that I get tested. It’s an awkward five minutes that could save your life!

As a mother, I will never ignore my screening invitation and when my daughter, Patsy, is old enough, I‘ll encourage her to attend her screenings too. As women we should talk positively about our bodies and the importance of cervical screening – it’s an important way to protect our health.

The campaign is also being supported by charities, including Jo’s Cervical Cancer Trust. Activity includes new advertising on TV and other channels, together with the cascade of information through GP surgeries and pharmacies.