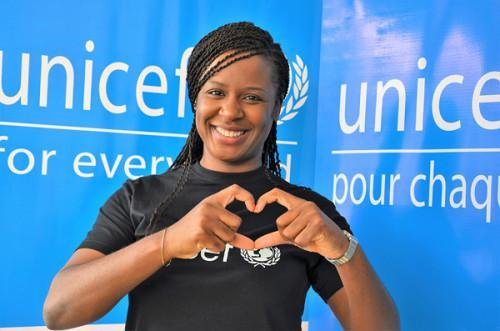 As the new UNICEF good will ambassador for Cameroon, music icon Charlotte Dipanda has promised to relentlessly fight for the rights of children in the country.

Charlotte Dipanda spoke in Yaounde this Wednesday June 12, 2019 during a press briefing granted to media men, organized in prelude to activities marking the 30th anniversary of the United Nation’s Convention on the rights of the child dubbed CDE at UNICEF head office.

For more than an hour, the 33 year old popular artist presented her plan of action and explained to journalist present how she intended to go closer to the children in order to promote their rights.

Charlotte displayed her devotion to the welfare of children and promised to ensure amongst others that early and forced marriages are eradicated and other fundamental rights of the child such as health care, education, equality and protection are fully observed.

The press briefing marked the beginning of actions of communication and pledges that will end on November 20, 2019, intended to influence meaningful changes and increase the sensitization and the comprehension of the Convention on the rights of the child amongst children, youths and the general public in Cameroon.