Ethiopian winner of the 2019 Nobel Peace Prize , Prime Minister Abiy Ahmed on Wednesday reportedly joined the front line where government forces are battling rebels from the Tigray region, four days after he announced he would direct the army from there. 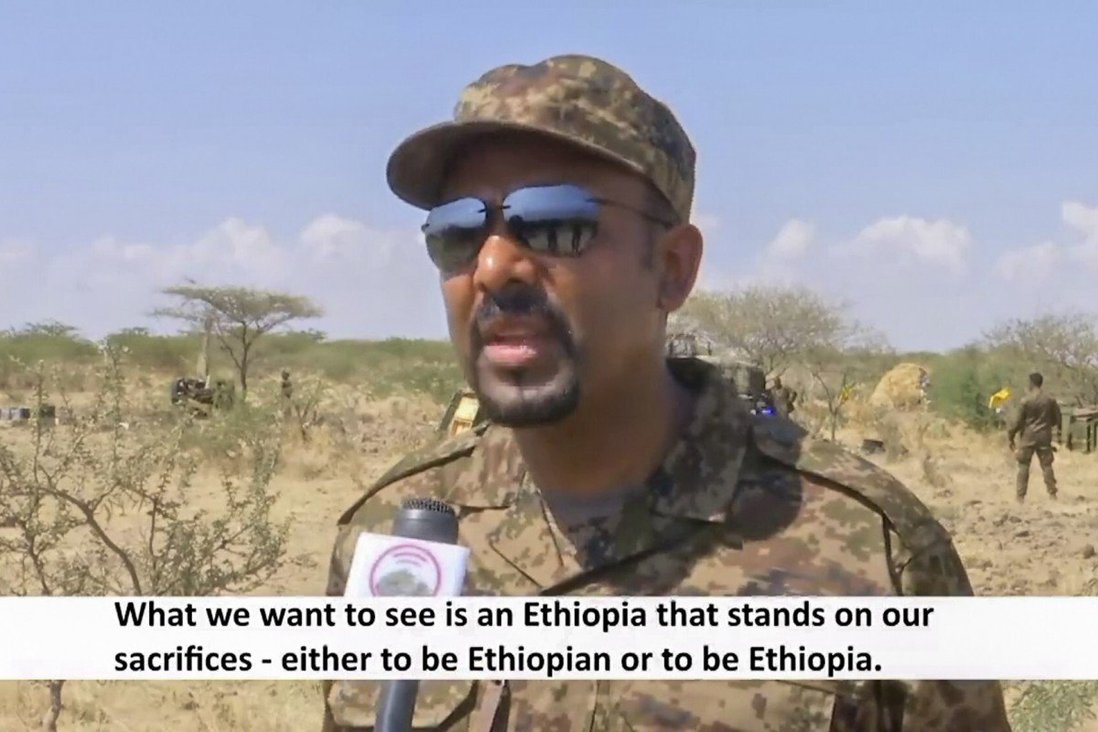 A video posted on Ethiopian Prime Minister Abiy Ahmed’s official Twitter account appear to show him on the front line where government forces are battling rebels from the Tigray region.

According to Abiy Ahmed at the front :

« What you see behind me is a mountain area that was a stronghold for the enemy until yesterday. Now we have managed to clear the area fully. The morale of the defense forces is really great. The war is being undertaken with great feat. Now we have taken Kasagita. »

« Today, we will take over Chifra and Burqa. We will continue until Ethiopia’s freedom is ensured. What we want to see is an Ethiopia that stands on our sacrifices – either to be Ethiopian or to be Ethiopia. »

« We are confident that we will make this happen through victory. Our people are beside us. Our brothers in Ethiopia are using all their capacity to make their voices heard. Academics are also making their voices heard. Our role then is to be at the forefront leading the forces and ensuring success. You have seen the victory attained in a one-day battle. This will continue with many greater victories. The enemy does not have a posture that can compete with us. We will win. And we will transfer a free and prosperous country for our children. This is what we are here to do. And the results are good. »

Abiy Ahmed is now leading the counter-offensive and has been giving leadership from the battlefield.