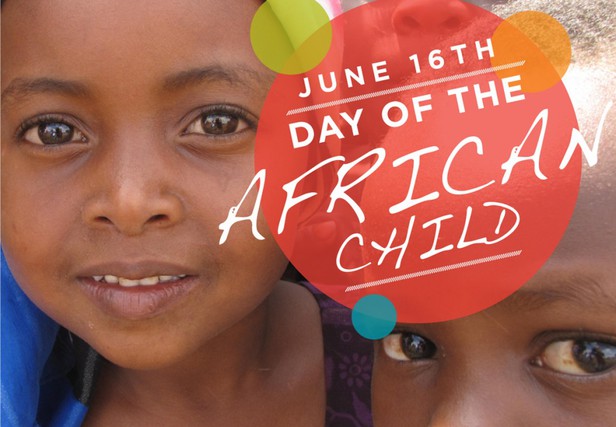 June 16th, is ‘International African Child Day’ an annual event designed to raise awareness of the issues African children face in our time, such as lack of child rights and falling education standards.  Around 30 million of the world’s 57 million children out of school are in Sub-Saharan Africa, according to UNESCO. This eventful day, also seeks to encourage people to celebrate African children and share something special with them.
Every year on this day governments, NGOs, international agencies and other stakeholders get together to discuss the on-going challenges affecting African children and commemorate on a theme. This year’s theme will be “Accelerating protection, empowerment and equal opportunities for children in Africa’ under the 2030 Agenda for Sustainable Development Goals (SDGs) set by the United Nations. Last year’s, theme was based on ‘Protecting all Children’s Rights in Conflict and Crisis in Africa’.
The Day of the African Child was first initiated by the African Union (AU) in 1991 to honour the memory of students who participated in the Soweto uprising in South Africa. On June 16th in 1976, approximately tens of thousands of pupils from various Sowetan schools marched peacefully to protest against the ‘Afrikaans Medium Decree’ which imposed local schools with a higher number of students of Afro-descent to only use Afrikaans and English in classrooms, as a medium of instruction. As tensions raised police officers brutally shot and killed students, various reports estimate that between 170 to 700 students were murdered. Based on figures released by the government only 23 people’s lives had been taken, which has made it hard to know how the exact number of people who have died.
In remembrance of those who tragically lost their lives fighting against education injustice and inequality during the apartheid era, a series of events will be held across the African continent and around the world.
In Rwanda, this day will be marked with a major event scheduled to be celebrated in Bugarama Sector in Rusizi District. The organisation IDAY Ghana, decided to draw children from schools in Greater Accra, Eastern and Volta regions to gather at the United Nations Information Centre (UNIC) to educate them about their rights and responsibilities. In South Africa, the Day of the African Child is better known, nationally as ‘Youth Day’ and to honour this day; the President Jacob Zuma will be addressing this celebration in a speech in front of hundreds of students in Ventersdorp in the North West Region of the country.