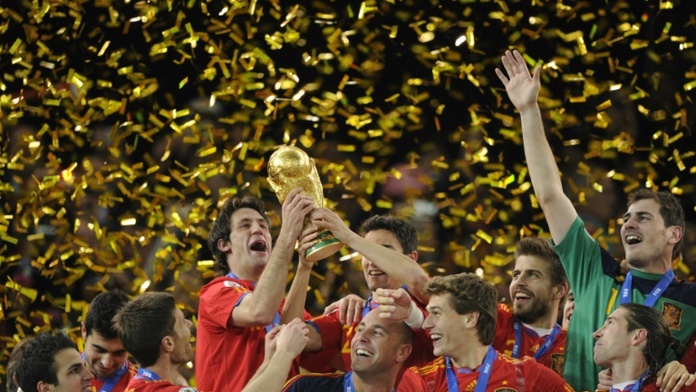 Danny Jordaan, the man who spearheaded the 2010 World Cup, believes the tournament put an end to “Afro-pessimism” and helped transform the African continent from “hopeless to hopeful”.

Ten years after the event, Jordaan told AFP the World Cup put sceptics firmly in their place and sparked a boom for Africa.

In 2004, when then-FIFA president Sepp Blatter announced South Africa would be the 2010 host, it had already been a century since the governing body was formed.

“It took 100 years… and the reason for that is a doubt that had been created around Africans and the African continent that they don’t have the capacity and they will never deliver the infrastructure,” Jordaan said.

“This is something that we have to contend with – Afro-pessimism.”

After it won the bid, the country embarked on a six-year journey to deliver the required infrastructure including rail, rapid-transport systems, roads and freeways, as well as upgrading broadcast and telecommunication systems.

“After 2010, Africa became a destination for tourism, for investment for trade,” Jordaan said.

“The environment has changed from a hopeless continent to a hopeful continent, a continent of the future and now, no one can ignore the African continent.”

He added: “There is no contradiction between being African and being world class.

“It is again, the Afro-pessimism. We are not going to allow them to put their knees on our necks,” he said metaphorically referring to George Floyd, the African-American man whose death at the hands of a white policeman in Minneapolis has sparked worldwide protests.

Jordaan, who was head of the 2010 organising committee and is now the president of the South African Football Association (SAFA), hailed the tournament’s legacy.

“The infrastructure legacy together with 25 new hotels, which have been built, places this country with some of the best infrastructure on the continent,” said Jordaan at his office at SAFA house, situated at the FNB stadium on the fringes of the Soweto township.

Of the 10 stadiums that hosted the 64 matches during the month-long tournament, five were built from scratch, and five received upgrades so they could collectively seat more than half-a-million spectators.

The stadiums are now used by football and rugby teams.

For Jordaan, the moment when former President Nelson Mandela came to wave to the crowd on the day of the final at the stadium, previously named Soccer City, remains emblematic of the significance of the tournament for South Africans.

“He was already very frail and sick, but he insisted… he must be there,” said Jordaan.

“Of course, that was his last public appearance. He never appeared in public again.”

The tournament also catapulted women’s football to prominence, said the 68-year-old who played a critical role in preparing the bid to host the 2010 premier event.

“As a result now we have more than 400,000 women playing football,” at various levels including developmental, he said.

A plethora of female referees and coaches have also emerged over the last decade.

A premier women’s football league, established a year before the World Cup, has since grown to boast more than 140 teams and thousands of female players.

Banyana Banyana, the national women’s team, is rated among the top 50 by the FIFA Women’s World Rankings.

Among the many memorable and uniquely African icons of the 2010 World Cup, were the ‘vuvuzela’, long plastic trumpet horns now adopted worldwide.

“Most of the European fans didn’t like the sound of the vuvuzelas,” Jordan chuckled, “they said it’s like bees, angry bees humming in the stadium.”