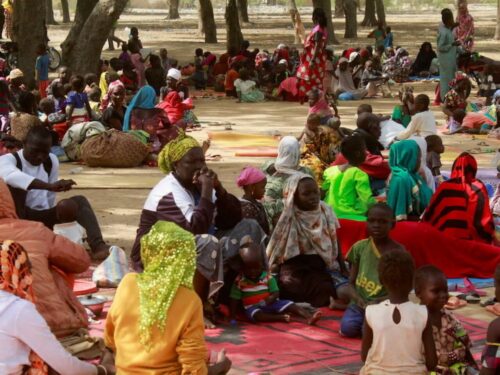 In Nigeria, hundreds of residents flee villages in northwest Nigeria’s Zamfara state after gunmen reportedly killed at least 200 people and displaced thousands more in multiple raids over the last week, dealing a heavy blow to authorities struggling to restore order.

Herders and farmers have clashed over access to land in northwest and central Nigeria for years, but some groups have evolved into criminal gangs known as « bandits » who kill, loot and kidnap.
Zainab Hassan, displaced resident : « I never expected to see my relatives again. After we ran and left the village, I did not see them, but I have seen them now, thank God. »
Ali Usman, displaced person : « Nobody told you about situation of our village, but I don’t think there is anybody in that village now, including security forces. »
The minister of humanitarian affairs Sadiya Umar Farouq called the past week’s attacks in Zamfara state « horrific and tragic, » giving the first official toll after details began filtering out early Saturday.