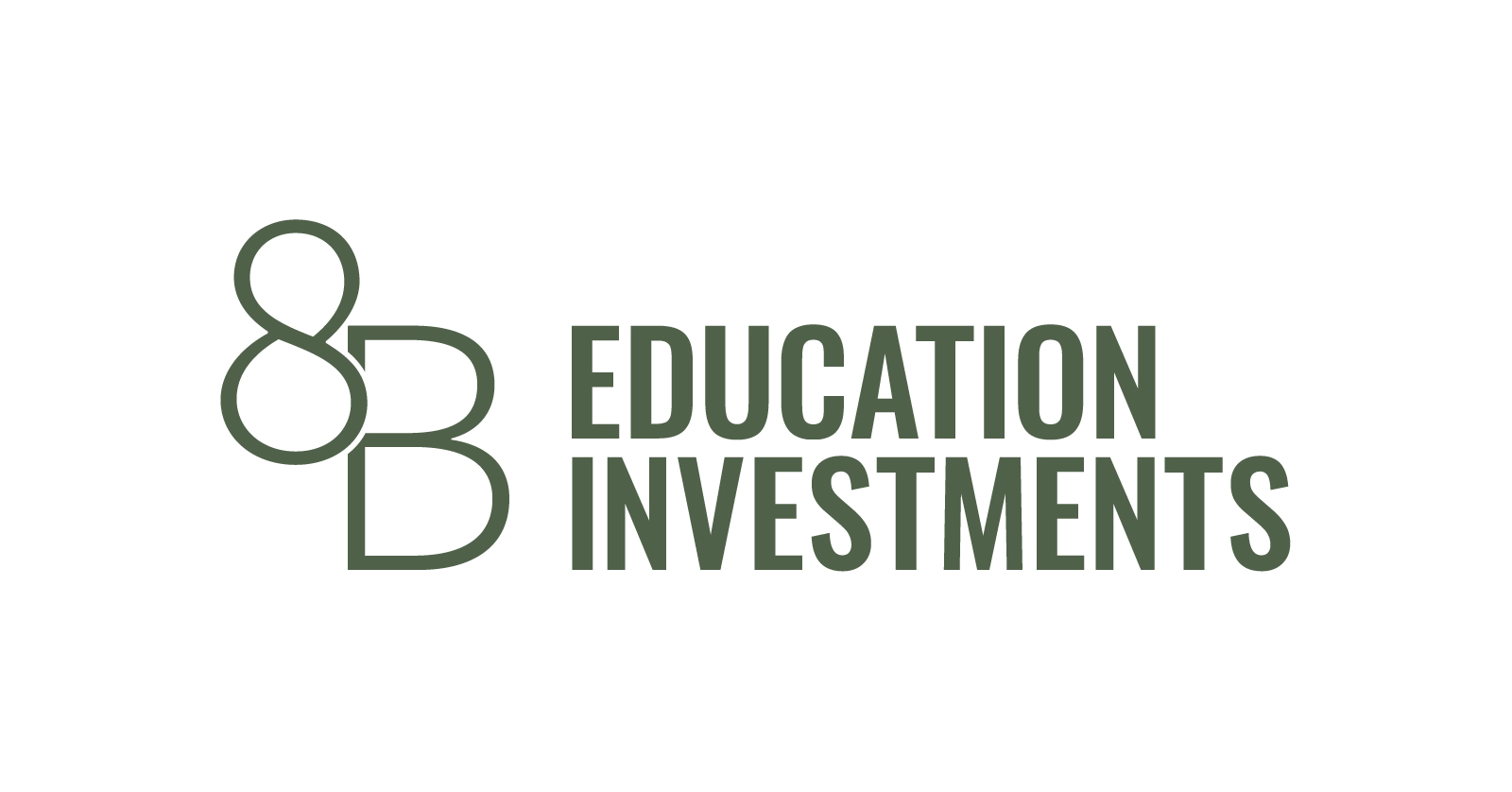 8B Education Investments has built a pioneering platform to connect high-potential African students with world-class colleges and universities, a financing marketplace to research scholarships and compare loan financing options; and a career support function to enable students to realize their highest potential.

With more than 100,000 users on the platform and an ambition to 10x the number of African students in global universities, 8B has built a vibrant community where African students engage with peers, mentors and university experts on all aspects of the highly fragmented and often confusing journey of studying abroad. Students currently visit the platform to identify right-fit colleges, financing options, and careers.

The impact of 8B’s work is in providing global universities and employers a gateway to the world’s fastest growing pool of diverse young talent, while creating a critical mass of African innovators equipped to participate, compete, and thrive in the knowledge economy of the 21st. century. The company plans to use the resources to grow its unique, non-cosigner loan program, expand its education finance marketplace, and build additional product capabilities.

Trotter’s appointment as an observer to the Board of Directors continues the artist, actor, writer, producer, creator and GRAMMY award-winning musician’s passion of supporting underserved entrepreneurs. A leader of the Tonight Show Starring Jimmy Fallon’s house band, and a composer and producer of the critically acclaimed off-Broadway musical Black No More, Trotter joined Impellent Ventures in May 2022.  8B is his first board position.

“I am honored to join 8B’s Board of Directors and continue my passion in helping and investing in underserved communities,” said Trotter. “Brilliance is evenly distributed everywhere around the world, but for too long, the world has acted as though African brilliance is a rare commodity. Through 8B’s work, the numbers of African students attending American schools will grow, especially at Historically Black Colleges and Universities. This will enrich the university experience for everyone, strengthen the US-Africa relations, and change existing perceptions about the African continent and about people of African descent around the world more broadly.”

David Brown, Managing Director of Impellent Ventures, added: “Until now, talented and high-potential youth across the African continent have had limited access to global universities, depending almost exclusively on winning the scholarship lottery. I am proud that our investment in 8B creates the first scalable solution of its kind providing education financing to Africa’s aspiring and talented future leaders that will unequivocally result in long-term impact on Africa and the world.”

The market need 8B is addressing is clear: 8B estimates that less than 30% of African students accepted into American universities can afford to attend, creating a $25b annual financing gap. Scholarships are too few to meet demand and affordable loan programs focusing on African students do not exist. Yet, Africa’s population of 1.2 billion people is the youngest and fastest growing in the world, with a median age of 19. By 2050, Africa is expected to have the largest working-age population in the world.

“8B is thrilled to close our seed financing and have Tariq Trotter and David Brown join our Board,” said Dr. Lydiah Kemunto Bosire, 8B’s founder and CEO.  “This is Africa’s season, and 8B’s mission requires a scale of investment capital – not philanthropy – that has simply not been available to African students to date. That is why we are thrilled to have found like-minded investors to support us with the cutting-edge ideas, guidance and solutions we need to seize this generational opportunity of unlocking African potential.”

In addition to Trotter and Brown joining its Board of Directors, 8B’s investors in the round include New York Ventures, a division of Empire State Development, and Trueventures.org, the social impact initiative launched by venture capital firm True Ventures. The round also includes 11 experienced investors and operators in the education, finance, and impact ecosystems, including Debra Fine of Fine Capital Partners, Seavest Investment Group CEO Rick Segal, Amplify CEO Larry Berger, and Bryan Meehan, former CEO of Blue Bottle Coffee.

“The opportunity that 8B has identified has been unaddressed for too long,” said Christiaan Vorkink, VP and Director of Trueventures.org. “8B is the kind of world-changing company we are proud to support, and we believe Lydiah and her team have the lived experience and passion to solve an important problem that is too big and complex for charity alone. We look forward to working with the team to help level the playing field for future generations of brilliant young Africans to pursue world-class higher education, changing lives in Africa and beyond.”

This announcement comes a few weeks after the company unveiled a partnership with US-based Nelnet Bank during the 2022 meeting of the Clinton Global Initiative, through which Nelnet will provide $30 million of lending funds over a period of three years to African students looking to receive a higher education at the American universities.  During the Clinton Global Initiative meeting, 8B announced a total of $111.6 million in funding commitments from a range of partners, including the Education Testing Service, the President’s Alliance on Higher Education and Immigration, and World Resources Institute (Africa), unified in their purpose to enable world-class education for the next generation of African innovators, including for the new climate economy.

Distributed by APO Group on behalf of 8B Education Investments.

The impact of 8B’s work is in providing global universities and employers a gateway to the world’s youngest and fastest growing pool of diverse talent, while creating a critical mass of African innovators equipped to participate, compete and thrive in the knowledge economy of the 21st century.

About Impellent Ventures LLC:
The proper definition of Impellent is “forcing forward/onward.”  Embodying this ideal, Impellent Ventures pushes the venture capital world forward into new territory. Led by David Brown, Philip Beauregard, and Tariq “Black Thought” Trotter of GRAMMY® Award-winning legendary hip-hop band The Roots, the venture fund upholds a commitment to equity for undeserved communities. The firm offers mentorship for startups and entrepreneurs from some of the most successful C-Suite executives across the worlds of tech, mobile, and communications. Its investments span Artificial Intelligence, Healthcare, Robotics, Consumer Goods, Apps, and more. The team is based in Rochester, Boston, DC, New York City and Philadelphia and invests in technology markets across the country.

About Tariq Trotter:
As Co-Founder of The Roots, Tariq Trotter —aka Black Thought—is a critically acclaimed solo artist, actor, writer, producer, and creator. He has quietly affirmed himself as one of the most prolific, prescient, and powerful voices in hip-hop. Trotter has won three GRAMMY® Awards and three NAACP Image Awards. He has delivered eleven applauded albums with The Roots, a myriad of acclaimed solo projects, and also fronts The Roots on The Tonight Show Starring Jimmy Fallon, where the group serves as the show’s house band and are a beloved mainstay of late-night television for over a decade.  Beyond collaborations with Eminem, John Legend, J Dilla, Big Pun, Linkin Park, Logic, and Fall Out Boy, he co-produced the multiplatinum GRAMMY® Award-winning Original Broadway Cast Recording of Hamilton. His presence has seamlessly translated into film and television roles such as HBO’s The Deuce. Trotter also appeared in the feature directorial debut of Lin-Manuel Miranda, Tick, Tick… Boom. He continued his creative renaissance as the main composer and lyrist of the 2022 Off-Broadway production Black No More. In addition, Trotter made Off-Broadway debut starring in the production, stretching the boundaries of his creativity once more. Black No More earned a nomination for “Best Musical” at the 2022 Lucile Lortell Awards.