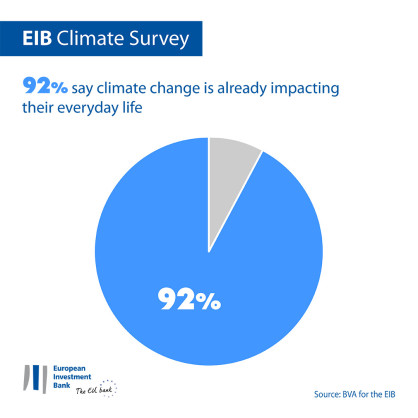 “Most Egyptian people express their concerns about climate change, which is already impacting their livelihoods. The European Investment Bank is listening to people’s concerns and working with Egyptian policymakers, the European Union and industry partners to address them. We very much welcome the choice for renewable energy of the Egyptian authorities. A great example of this strategy is the cooperation between the Egyptian authorities and the EIB to develop a large windfarm in the Gulf of Suez. This large-size windfarm project commissions an onshore wind farm some 400 km southeast of Cairo with up to 100 turbines. The EIB will continue to help power the transition to a greener and prosperous future that leaves no one behind as well as to support climate adaptation programmes.”

Egypt is the EIB’s largest country of operation outside Europe. The EIB is working closely with Egyptian partners following COP27 to accelerate climate action investment, including in large-scale clean energy, sustainable transport, and water and wastewater.

The survey results confirm that climate change has negatively affected the livelihoods of Egyptian people, with 63% stating that their income has been affected. These losses are typically due to severe drought, rising sea levels or coastal erosion, or extreme weather events such as floods or hurricanes.

More than half of Egyptians (54%), close to the African average of 57%, say they or people they know have already taken some form of action to adapt to the impact of climate change. Some of these initiatives include investments in water-saving technologies to reduce the impact of drought and drain clearing in advance of flooding.

When asked about the sources of energy their country should invest in to combat climate change, 74% of Egyptian respondents (compared with the African average of 76%) say renewable energy should be prioritised, far ahead of fossil fuels (12%).

The EIB has a long-standing relationship with Egypt, which dates back to 1979, and has provided €14 billion for long-term public and private investments across the country.