Africa’s Energy Sector Is in Need of Practical, and Not Reactionary, Solutions at the US and African Leaders Summit in Washington DC: (By NJ Ayuk)

Press ReleasesAfrica’s Energy Sector Is in Need of Practical, and Not Reactionary, Solutions at the US and African Leaders Summit in Washington DC: (By NJ Ayuk)

Africa’s Energy Sector Is in Need of Practical, and Not Reactionary, Solutions at the US and African Leaders Summit in Washington DC: (By NJ Ayuk) 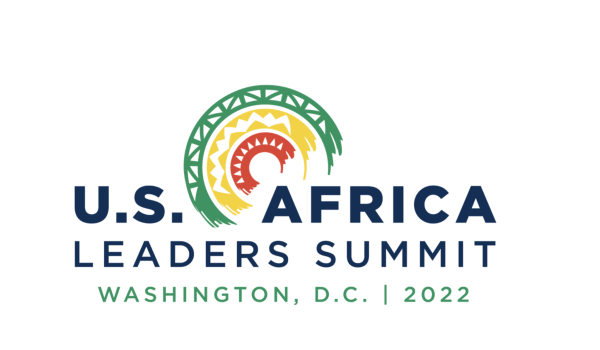 We are confident that, like previous meetings between American and African Leaders, the events of the highly anticipated Africa Leaders’ Summit, taking place Dec. 13-15 in Washington, D.C., will show America’s earnest and enduring commitment to Africa in the broad sense. The African Continent, some organizers have said, will shape the future of the world.

We truly believe that the leaders who will assemble in Washington have the best intentions in mind. They will be determined to effect positive change on everything from African governance and human rights to food security and education. The heads of state and business and government leaders who will meet during the Summit’s U.S.-African Business Forum will try in good faith to advance mutually beneficial two-way trade and investment partnerships.

As history has demonstrated, however, promises made at such lofty meetings, no matter how heartfelt, are frequently not kept. History tells us that time and time again, the high ideals, good words, handshake commitments (and even contractual obligations) which are reached at these meetings have, for any range of intervening reasons, been ignored, set aside, overlooked, or found to be too ambitious to complete. (Consider, for example, the West committing to giving $100 billion a year by 2020 to help emerging economies reduce emissions and prepare for climate change.  When the original target was missed, it was moved — and has yet to be met.)

To the extent possible, dear Sirs, let’s avoid building such bridges to nowhere in this Summit.

What to Do About Africa’s Energy Resources

As you’d imagine given the authorship of this Open Letter, our true aim herein is to speak on the issue of Africa’s energy resources and the policies that will prevail in the Continent’s use of those resources.

We are aware that, inevitably, the topic of African energy will arise, interwoven as it is with issues ranging from the effect of climate change to the potential for industrialization, urbanization, and economic growth.

There’s no question that African energy is a hot-button topic, pitting climate activists who want the continent to keep its considerable hydrocarbon assets (including newly found natural gas reserves) in the ground, on the one hand, against others who recognize that fossil fuels cannot be discarded in Africa in the short run if the continent hopes realistically to lift people out of energy — and real — poverty.

Under the banner of “climate justice,” the many in the developed world have cut off public financing for new African fossil fuel projects — although that hasn’t stopped them from bankrolling or even subsidizing their own hydrocarbon activities or seeking feverishly to secure increased hydrocarbon commodities for a European Union threatened by an unprovoked and unjust war. Wealthy nations contend that because Africa is more vulnerable than most to the severe effects of climate change, the continent must abandon its oil and gas opportunities, and the economic and social improvements that come with it, and switch to renewables — NOW. In fact, Sirs, the true impact of future climate crises on everyday Africans is actually exacerbated by their current state of impoverishment. Without the minimal level of development and infrastructure, Africans face harsher consequences BECAUSE they don’t have the accoutrements of development—shelter, power, diet, and personal amenities—that people in the developed world will use on an individual basis to defend against any creeping climate degradation. That is, to give Africans an even chance to survive climate disasters of the future, let’s give them the resources to bring them up to the level of personal protections that others around the world have.

Africa’s Hydrocarbon Resources Must be Considered In the Global Context, Not in a Vacuum

First, as is widely known, to the degree that greenhouse gases cause climate change, the problem is not of Africa’s own making.

It is irrefutably known that Africa produces an infinitesimal amount of greenhouse gases and has the lowest emissions per capita of any region on earth.

At an event during COP 27, Fatih Birol, executive director of the International Energy Agency (IEA) reminded participants that Africa, where one-fifth of the world’s population lives, currently contributes only 3% of global greenhouse gas emissions.

How would monetizing Africa’s natural gas reserves change that figure? Not very much, especially in light of how it would benefit everyday Africans.

According to Birol, were the continent to turn all of its natural gas discoveries into production it would add 90 billion cubic meters (bcm) of useful energy by 2030. Two-thirds of that could be used for domestic needs — among other things, to provide power to the 600 million Africans who still lack access to electricity and to wean the 900 million Africans (mostly women) who rely on biomass for cooking off the hazardous stuff — and the rest exported, and even then the amount of greenhouse gases coming out of Africa would rise only to 3.4%, “which is nothing,” Birol said.

Yet the world is trying to keep that solution out of our reach.

Second, it is countries that prospered via fossil-fueled industrialization that wish to deny us the same privilege. Despite the fact that fossil fuels enabled the technological revolution and have led to massive improvements in quality of life and longevity across the globe — all things Africa needs, deserves, and has the hydrocarbon means to achieve — big economies want us to stop using oil and natural gas as soon as possible.

But, as Miriam Hinostroza, an environmental economist with the UN Environment Programme, told UN News, that’s out of the question. Banning fossil fuels within the next decade, she said, “is not a reality” — at least not without economic and social fallout.

“Sometimes, a priority for countries is economic growth, which they only get from using fossil fuels – they are still cheap, the technologies are there, there are many power plants [and] they cannot [all of a sudden] just get rid of these plants, Hinostroza said.

“It is not fair for rich countries to fight climate change at the cost of low-income countries’ development and climate resilience,” Ramachandran wrote for nature.com. Instead, she suggests the adoption of funding criteria that consider economic growth alongside climate impact, where countries with “lower per-capita incomes, low emissions, or high use of green energy are deemed more eligible for development projects that depend on fossil fuels.” One example: using the 4.2 trillion cubic meters (tcm) of natural gas along the Tanzania–Mozambique border to expand access to electricity and generate much-needed revenue in two “low-income, low-emitting countries.”

Third, a fossil fuel-free world doesn’t reflect current market realities — including how accustomed Europeans are to keeping their homes and businesses warm and well-lighted, especially during a dark and blustery winter. Yes, in a perfect world, the wind would always blow, the sun would always shine, and Russia would never have invaded Ukraine, meaning natural gas supplies would still move unfettered across Europe.

But with none of this being the case, since June the EU has returned to using coal, the dirtiest energy source (although at least it banned imports of Russian coal). Somehow, EU officials believe they can take that step without “derailing their longer-term climate goals.” And even though the European Parliament labeled investments in gas and nuclear power plants as climate-friendly, unrelenting pressure to keep African gas in the ground remains, and renewables advocates say there should be no new investment in infrastructure that would bring African gas to Europe.

Fourth, despite arguments that investments into Africa’s fossil fuel sector are undermining the enormous potential of Africa’s renewables, growth is already underway. Most of the electricity in Ethiopia, Kenya, Malawi, Mali, Mozambique, and Uganda comes from hydroelectric power, and several other countries have taken steps toward scaling up other renewables through policy-building, regional collaboration, and investment promotion.

The problem, however, is that investment in the continent’s wind, solar, geothermal, and other renewable power-generating projects was just $2.6 billion in 2021, an 11-year low.  Of the $434 billion invested in renewables worldwide, Africa’s share was just 0.6%. Before Africa can more fully embark on a low-carbon future there must be global strategies for mobilizing capital into renewables, and the world must honor the billion-dollar promises it has already made.

As many of you know, delegates at COP27 agreed to create a fund that would compensate poorer nations harmed by climate change. Eligible countries are in Africa, Asia, the Pacific, and the Caribbean.

Reaction to the announcement has been far-ranging, from cheers to assertions that it is paternalistic (and perhaps even racist), to the earnest admissions of some scientists that it’s difficult at his stage to gauge climate change damage in such regional terms or tell if a specific weather event is even due to climate change.

Then there were those who asked if, instead of receiving loss-and-damage dollars, African nations could be paid to keep hydrocarbons in the ground, thereby avoiding whatever greenhouse gases they would emit. Of course, any such “reparations,” as they have been loosely (and, from a legal standpoint, inaccurately) called, depend on the UN actually raising the estimated $290 billion to $580 billion required ANNUALLY to keep the loss-and-damage fund going. And as we know, no matter how good the intentions, it’s not always easy to bring them to fruition.

In specific regards to Africa’s energy resources, we encourage participants to promote a sustainable development of Africa, including universal energy access — recognizing that it will require a variety of energy sources.  Africa has too much oil and natural gas to ignore, especially when they can be used to raise people to the way of life most Americans have been enjoying for decades. Africa should not be the test case for a renewables-only future because the world finds itself in a panic over emissions. We have to draw the line somewhere when it comes to negative externalities. Ramachandran has said Africa needs reliable energy infrastructure, not rich-world hypocrisy. To paraphrase Benjamin Attia and Morgan Bazilian of the Colorado School of Mines, limiting the use of fossil fuels in Africa can make poverty and inequality worse while not accomplishing much in the way of reducing global greenhouse emissions, especially as fossil fuel use continues around the world.

In the End, Dear Delegates, We Ask for This

We at the Africa Energy Chamber are not writing this letter with animosity, nor are we neutral on the importance of détente between the US and Africa on the range of issues that are on the agenda of the Summit. Indeed, we are candidly grateful for the robust approach the new US Administration has taken on matters of US/Africa cooperation. We applaud the US leadership for its continuous engagement with us as well as various African Presidents. But any observer of the growing indecisiveness on the future of Africa’s use of its resources for its own betterment must agree that the Summit offers a chance to break energy transition stalemate and offer solutions to Africa’s dual obligations to support climate-smart policies while also striving to end the vast energy deficit and economic poverty on the Continent.

We know that, for three days in Washington, D.C., everyone will work toward tangible, measurable results. What we hope is that, throughout the events, the Parties gravitate towards mutual accommodation and the overall betterment of conditions in Africa.

Most of all, we are asking that everyone who attends the Summit only makes promises they can keep. The time for empty gestures is over. Today calls for action. The true test of how successful the Summit is will not be the news reports about it afterward but the results we see in the months and years to come.