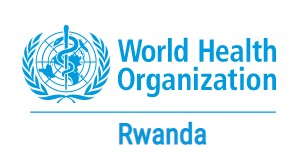 Charlene Byukusenge fondly remembers the carefree days of her childhood. “Playing outside, dancing, sharing toys with friends – those were the days,” she says with a nostalgic smile. But one hospital visit changed everything, revealing a harsh reality that would change her life forever.

At age nine, Charlene learned she had been carrying HIV since birth, transmitted to her and her younger sister by her mother before her untimely death. In the early 1990s, there were no Prevention of Mother-to-Child Transmission (PMCTC) services, and HIV/AIDS awareness was practically non-existent. Due to the stigma surrounding the virus at the time, Charlene’s close family members abandoned her. Tragically, her father had also passed away in the 1994 Genocide against the Tutsi, leaving the sisters to fend for themselves. As a result, she went from being a normal kid to being “that orphan with HIV.”

However, the 28-year-old activist looks back with gratitude on the evolution of the government’s response to her condition, thanks to continuous support from the World Health Organization (WHO). Consequently, Rwanda has successfully stemmed the tide of the HIV epidemic, reducing the burden from 17% within three years of the virus hitting the country in 1983 to the current 3%, according to the Joint United Nations Programme on HIV/AIDS (UNAIDS).

“At school, students would shun me while teachers favoured me as they thought I was dying. Even nurses ill-treated me because they did not understand,” Charlene recalls the stigma surrounding HIV when she was growing up. However, since 2005, the Ministry of Health in Rwanda has worked to combat this by updating HIV guidelines every two years. The reforms included age-specific counselling and training for healthcare providers and vigorous media campaigns like “STOP SIDA” (stop AIDS) to increase understanding of the disease in the communities.

These efforts, along with the scaling up of testing, PMTCT, and antiretroviral treatment (ART) services to over 550 health facilities covering more than 95% of the country, including rural communities, have significantly contributed to reducing the HIV burden in Rwanda.

The Ministry of Health (MoH) reports that over the last 15 years, Rwanda has been able to bring down new HIV infections by 56%. “83.8% of people living with HIV (PLHIV) are aware of their positive status,” shares Dr Patrick Ndimubanzi, MoH Executive Secretary of Human Resources. Furthermore, “97.5% of PLHIV who know their status are on antiretroviral treatment (ART), and 90.1% of PLHIV on ART are virally suppressed,” he explains.

Additionally, treatments available today are a far cry from when Charlene was first diagnosed. The only option available to her at that time was Bactrim, an antibiotic for infection prevention. Immunity was measured through CD4 count; Charlene’s count was high, but she was still considered ‘healthy’ despite her troubling symptoms. However, thanks to Rwanda’s adoption of the WHO “Treat All” policy, strategies have been revised multiple times over the years, recommending treatment for all HIV-infected individuals regardless of CD4 or other criteria.

Regular revisions of policy mean the treatment itself has improved with time. For example, Charlene explains that she used to take many pills with side effects such as headaches and skin rashes, making it easy for people to spot and stigmatize her, leading to poor adherence. However, with adjustments made by the government and WHO, Charlene can now swallow just one pill daily with minimal side effects without anyone else being the wiser.

As Charlene navigated the treacherous waters of dating, government-trained HIV peer mentors showed her how to protect herself and others. And when it comes to declaring her HIV status in relationships, Charlene believes that honesty is the best policy, even if it means facing heartbreak.

United Nations Resident Coordinator to Rwanda, Dr Ozonnia Ojielo, echoes Charlene’s bold and honest approach to love, as he believes young people must be at the forefront of the fight against HIV. He says: “Data in Rwanda reveals that 33% of new HIV infections occur among girls aged 15-24 years, with HIV transmission twice as high for adolescent girls and young women than it is for boys and young men. The UN family will continue collaborating with the Government of Rwanda to ensure that the country stays on track to end AIDS as a public health threat by 2030.”

Charlene has triumphed over HIV discrimination, becoming a successful solar electrical engineer. Through the support of the Rwandan government, Charlene’s story showcases the power of collaboration in improving the lives of those living with HIV and the importance of access to tailored regimens, counselling, and friendly service delivery for those affected by the virus.

Distributed by APO Group on behalf of World Health Organization (WHO) – Rwanda.