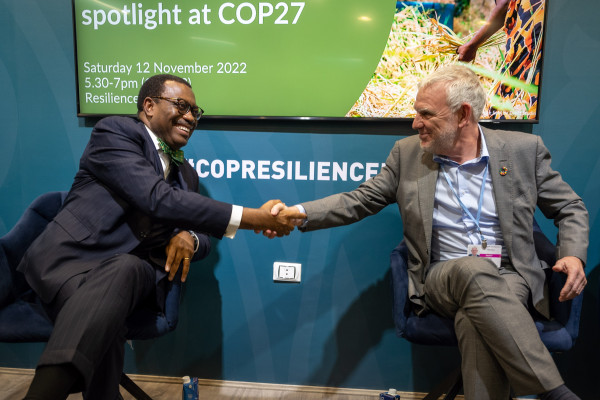 Flasbarth made the announcement during a ministerial panel for climate-vulnerable countries and champions of adaptation finance at the 27th session of the UN Climate Change Conference (COP27) in Sharm El Sheikh, Egypt.

The state secretary said the contribution by Germany was part of its efforts to balance parity in funding between climate mitigation and adaptation, despite current global economic challenges.

He stressed: “All our countries have challenges to get the right balance between adaption and mitigation, but we want to do that. We want to look at the quality of adaptation finance, and we must look at the accessibility to climate finance, specifically for developing countries’  nationally determined contributions.”

The panel included ministers from Africa, Europe and the Caribbean.  They backed calls for increased financing for climate adaptation in Africa, and called on industrialized countries to deliver on their $100 billion-a-year pledge without further delay.

African Development Bank Group President Dr. Akinwumi Adesina thanked Germany for believing in Africa and for having confidence in the Bank Group.

Adesina assured Secretary Flasbarth that the funds would be put to good use. He said: “The climate action you are putting your money in will enable 20 million farmers, including pastoralists, to access weather-indexed insurance. It will provide 20 million farmers with climate-resilient agriculture technologies, regenerate a million hectares of degraded land, allow for investment in 840 billion cubic meters of water for 18 million people, and provide renewable energy for 10 million people.”

The African Development Bank head highlighted several measures and  initiatives that the Bank Group had initiated to help ease climate impact in Africa, particularly on food production. In particular, he mentioned the Africa Disaster Risk Insurance Facility, which protects farmers against exogenous disasters.

He called on other industrialized countries to contribute to the Climate Action Window to boost climate adaptation in Africa.

Although Africa contributes only about 3% to greenhouse emissions, the continent is the hardest hit by climate impact, including droughts, floods, cyclones and damaged infrastructure, resulting in debts across the continent.

“Africa is choking, Africa is suffering, and Africa is in great distress because of climate change which it did not cause…So we don’t have a choice but to adapt to it,” Adesina stressed.