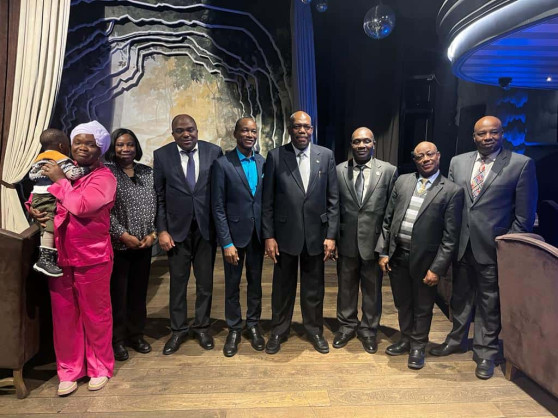 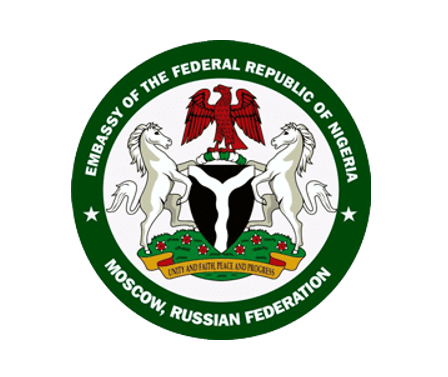 On 23rd November, 2022 the Embassy of the Federal Republic of Nigeria in Moscow, the Russian Federation, held a reception in honour of Dr. Bashir Obasekola and Mr. Rex Essenowo, both of whom were re-elected into the positions of President and Financial Secretary of NIDO-Europe respectively. The event was attended by Executive Members of the Organization, the President of the Nigerian Community in Russia (NCR), Dr. Maurice Okorie as well as Elders of the Community. H.E. Prof. Abdullahi Shehu, Ambassador of the Federal Republic of Nigeria to the Russian Federation with concurrent accreditation to the Republic of Belarus and Sectional Heads of the Nigerian Embassy were also in attendance.

In his remarks, Ambassador Shehu congratulated the two officials on their re-election and noted that it was a testament of their hard work, diligence and commitment to their ineluctable responsibilities as Executive Members of NIDO-Europe.

Referring to section 24 of the Constitution of the Federal Republic of Nigeria which enjoins ‘each individual to make positive and useful contributions to the community in which he/she lives’, Ambassador Shehu stated that it was imperative that Nigerians continually seek to add value to themselves and their communities within and outside Nigeria.

He recalled the establishment of NIDO two decades ago under the Administration of President Olusegun Obasanjo, the aim of which was to harness and consolidate the potentials of Nigerians in Diaspora and to utilise their human capital and material resources towards the overall socio-economic, cultural and political development of Nigeria. To this end, Ambassador Shehu stated that the Embassy of Nigeria in Moscow, in line with its mandate to promote citizen’s diplomacy will continue to work with the leadership of NIDO-Europe and NIDO-Russia to ensure that Nigerians in Russia can maximize their potentials and add value to both the Russian Federation and the Federal Republic of Nigeria.

Additionally, Ambassador Shehu noted that there were areas that NIDO-Europe leadership could improve on such as the empowerment and acquisition of relevant skills of Nigerians in the diaspora, which in turn would lead to a higher remittance of money back home. Also, he noted that there was need to fully exploit the area of technology transfer between Nigerians in the diaspora and Nigerians back home in the area of ICT and agro-technologies to improve the Nigerian economy.

Concluding, he congratulated the leadership of NIDO-Europe, a majority of whom reside in Russia, on steering the organization during the COVID-19 pandemic and for not being discouraged in face of the current geopolitical tensions which has engendered numerous sanctions on the Russian Federation. He apprised that he had no reason to doubt that the trust and confidence which led members to vote for Dr. Obasekola and Mr. Essenowo would be paid back with tangible results.

Reacting, the reelected NIDO-Europe officials expressed appreciation to the Embassy of Nigeria and Ambassador Shehu for the unending support that they have received throughout their tenure and assured of their re-commitment towards achieving their mandate.

Distributed by APO Group on behalf of Embassy of Nigeria in the Russian Federation.

Xi Jinping Exchanges Messages of Congratulations with President of the Democratic Republic of the Congo (DRC) Felix Tshisekedi on 50th Anniversary of Normalization of China-DRC Diplomatic RelationsStop the crisis of violence against women and girls: stand in solidarity and say “enough”