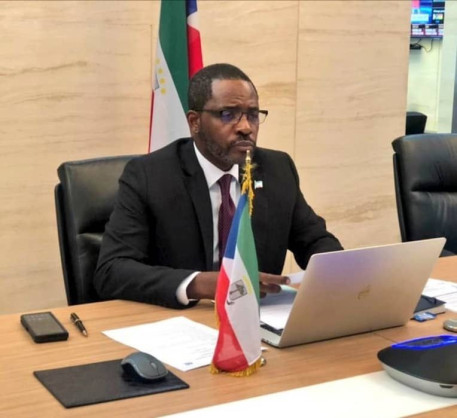 The Minister of Mines and Hydrocarbons of Equatorial Guinea, Gabriel Mbaga Obiang Lima, will take over as the President of the Organization of Petroleum Exporting Countries (OPEC) in 2023, reestablishing Africa as a leading powerhouse in the global oil industry.

Among the largest producers of oil in Africa, Equatorial Guinea has seen exponential GDP growth as a result of its oil industry, with exports having been central towards driving the economy and socioeconomic development in the country. As such, in the wake of a new era of cooperation and partnership-building in the continent, Minister Obiang Lima’s appointment as OPEC President is expected to facilitate a platform that will advance the interest of African oil and gas explorers and producers and all OPEC members.

As an intergovernmental organization OPEC holds significant influence over the global oil market. The organization and its member states account for nearly 40% of global oil supply and thus, have a critical role to play regarding market stabilization.

Having assumed the presidency, Equatorial Guinea will not only hold a more prominent position in the global energy arena, but will be able to voice an African perspective within the organization itself. The country has been proactive in strengthening ties with both OPEC and non-OPEC country members, reaffirming its position as an important regional and international energy partner. Now, holding the OPEC Presidency, Equatorial Guinea will be able to actively influence decision-making in both the region’s, and wider continent’s favor, while promoting the challenges faced and opportunities present within Africa’s energy industry.

“We at the African Energy Chamber (AEC) are very pleased to see the appointment of Gabriel Obiang Lima as the President of OPEC,” states NJ Ayuk, Executive Chairman of the AEC, adding, “With a global climate that is pushing Africa and OPEC countries to abandon oil and gas, demand for oil and gas is increasing especially in emerging economies that need to industrialize, eradicate energy poverty and promote clean cooking.” Added Ayuk

“What Africa and the world needs more than anything right now is market stability. We are confident that Minister Obiang Lima will work with all OPEC member countries to ensure the needs of producers and consumers are met.” Concluded Ayuk

Previously held by the Republic of the Congo’s Minister of Hydrocarbons, Bruno Jean-Richard Itoua, whose tenure and skilled leadership at OPEC led to a new era of market stability for Africa, the appointment of Minister Obiang Lima is poised to demonstrate the continent’s steadfast commitment to working with a variety of stakeholders under the common goal of making energy poverty history in Africa by 2030.

For his part, Minister Obiang Lima has and continues to work towards bringing energy security to the African continent as a whole. He has served in the oil and gas sector since 1997 with past positions including Minister Delegate, Vice Minister, Secretary of State for Mines and Hydrocarbons, and Presidential Advisor of Hydrocarbons for Equatorial Guinea.

Distributed by APO Group on behalf of Ministry of Mines, Industry and Energy Equatorial Guinea.

Seychelles: The President attends the official launching of Liam’s Rainbow FoundationGroundbreaking facts and figures as Qatar 2022™ group stage wraps up