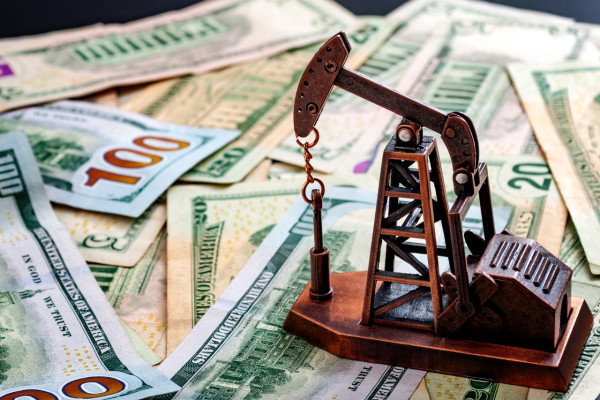 While the consensus opinion of the western elites may be that oil and gas is a dirty, outdated technology staggering on its last legs, the African Energy Chamber remains grounded in reality.

As proponents of a zero-carbon future tout the promises of solar, wind, geothermal, and hydropower – depicting a world free of emissions yet somehow exponentially more electrified than it is today – the global oil and natural gas industry is certain that fossil fuels will continue to play a major role in powering the earth for decades to come.

If a fully sustainable energy future truly awaits us, however far off it may be, oil and gas will undoubtedly continue to fuel our journey toward it just as petroleum-based materials will remain central to its development. Hydrocarbons will continue to provide heat and generate electricity as we assemble turbines, solar panels, and electric vehicles from components made of plastic.

The fact that legacy oil fields diminish in productivity over time doesn’t mean we should abruptly halt all production in the name of climate change and learn to manage with what little output renewables currently offer. Such an ill-advised decision would constitute a veritable death sentence for the developing world, if not most of society.

New Players on the Field

As noted in our recently released report, The State of African Energy: 2023 Outlook, untapped discoveries, both onshore and off, practically encircle the African continent, and several new oil and gas economies stand ready to come online, stepping up into their rightful place on the world stage.

In 2022, one month after Shell announced an oil discovery off the coast of Namibia, the TotalEnergies discovery in the Venus-X1 well in block 2913B in the Orange Basin became the region’s second significant find for the year. The discovery is estimated to be more than 1 billion barrels of oil equivalent (BOE) and represents the southern African nation’s first opportunity to become an oil producer. Operations in the region are underway, and production is expected to begin in 2026.

On the eastern coast, Mozambique’s recent entry into the natural gas industry has set the impoverished country on a new path toward economic development. With discoveries made in the Rovuma Basin projecting annual liquefied natural gas (LNG) output in excess of 30 million tonnes, Mozambique’s LNG industry has secured $55 billion in investments, quadruple the value of the nation’s GDP. A quarter of the LNG produced will be reserved for domestic use while revenue from exports will add $10-$14 billion to their GNP each year.

Moving south, the Brulpadda and Luiperd discoveries off the coast of South Africa’s Mossel Bay are estimated to hold more than 2 billion barrels of gas condensate – an amount that would set South Africa’s total petroleum resources at approximately 9 billion barrels of oil and 60 trillion cubic feet of gas. Such figures would dramatically transform the national economy by covering more than half of the country’s current energy demands and slashing its reliance on imports. Successful development of the Brulpadda and Luiperd sites will inevitably lead to further exploration, capitalization, and investments toward much-needed infrastructure, providing welcome relief from South Africa’s economic troubles.

When Samia Suluhu Hassan took office as Tanzania’s first female president, the change in leadership led to revived negotiations between the government, Royal Dutch Shell, and Norway’s Equinor regarding the development of the country’s offshore LNG reserves.

Discovered in 1974, the sizeable reserves remained untouched mainly due to political stagnation, but the new administration has managed to arrange for a project construction start date in 2023. In addition to attracting outside investment, job creation, export revenue generation, and providing a supply of domestic energy, the Bank of Tanzania estimates that this project will single-handedly increase the nation’s economic growth rate by 2%.

Recent discoveries in the Senegal-Mauritanian basin have proven that the region sits atop more than 1 billion barrels of oil and 40,000 billion cubic feet of natural gas – designating the find as one of the petroleum industry’s largest to date.

In an effort to appeal to foreign investors, both Senegal and Mauritania have taken steps to facilitate the establishment of offshore operations in the area. Senegal’s Plan for an Emerging Senegal (PES) commits billions to infrastructure, including airport, highway, and rail improvement projects and the construction of a deepwater port in the capital city of Dakar.

Mauritania has revised its previously prohibitive regulations, developed a gas master plan, and designated the port city of Nouadhibou as a hub for gas processing and international trade.

Africa cannot be deprived of this long-awaited opportunity for economic growth. An adjustment to the oil and gas industry’s focus – from elsewhere in the world to Africa – will create jobs, business and monetization opportunities, infrastructure improvements, and a diversification of national economies.

Governments across Africa will collect massive increases in revenue. The spread of reliable and affordable electricity across the continent will rectify widespread energy poverty issues. Schoolchildren will find all new educational opportunities, and the overall quality of life in Africa will significantly improve.

As nations across the globe work to transfer their energy dependence from fossil fuels to renewable resources, the same cannot be expected from Africa, at least not on the same timetable.

For more than a century, Asia, Europe, the Middle East, and North America have reaped the economic and technological rewards that this head-start has given them. Africa will require time to catch up but can offer much support to the global energy evolution in the meantime.

Between 2026 and 2030, Namibia, South Africa, Mozambique, Tanzania, and the Senegal/Mauritanian region will be capable of producing a million barrels of oil per day (boepd) and 2.5 million boepd over the following decade.

This production rate will initially account for 8% of Africa’s oil and gas output, increasing to roughly 20% of its total production between 2031 and 2040.

Any impact on climate change brought about by an increase in African oil and gas production, if not balanced by emissions reductions in more developed countries, will be minimal compared to what the world has already accommodated. The African Energy Chamber stands by these nations as they prepare to benefit from their natural resources, and we are excited by the prospect of contributing to the transition to a sustainable and prosperous future for all.