Fire Service Gets $81.8M in Vehicles to Boost Capacity

Press ReleasesFire Service Gets $81.8M in Vehicles to Boost Capacity

Fire Service Gets $81.8M in Vehicles to Boost Capacity 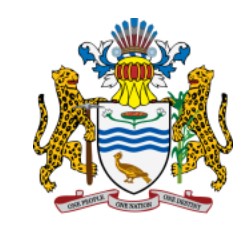 As the PPP/C Administration advances its development agenda, the capacity of the Guyana Fire Service (GFS) must be improved to better serve the country, as such the Ministry of Home Affairs purchased several vehicles at a total cost of $81.8 million.

Minister, Robeson Benn on Wednesday handed over the fleet of vehicles to Chief Fire Officer (Ag) Gregory Wickham at the Guyana Fire and Emergency headquarters in Water Street, Georgetown.

The motorcycle will be deployed to Region Nine to transport junior ranks, equipment, and other items to the fire station and fire scene. The bicycles will be placed in Regions Two, Four, and Six for the same purpose.

The three pickups will also be placed in Regions Two, Four and Six.

Minister Benn told media operatives that the government procured the excavators since the fire service had to utilise private-owned excavators when clearing debris after a huge fire occurred.

It will also be used in the installation and repairs of fire hydrants across the country.

“The first place where we could make the asset available, of course is in the central areas, Region Four and along the banks and coast …. eventually we’ll get to the other places,” Minister Benn explained.

Meanwhile, Mr Wickham thanked the government for its continued support of the service and noted it will be used efficiently.

“These pieces of equipment will be used to enhance our firefighting in various areas. The excavators would be used to do clearing of debris when there are fires, also it would be used in the exercise that we go about planting hydrants around the country and so it becomes very vital for us to have that equipment within our arsenal,” he noted.

Distributed by APO Group on behalf of High Commission of the Cooperative Republic of Guyana in the Republic of South Africa.