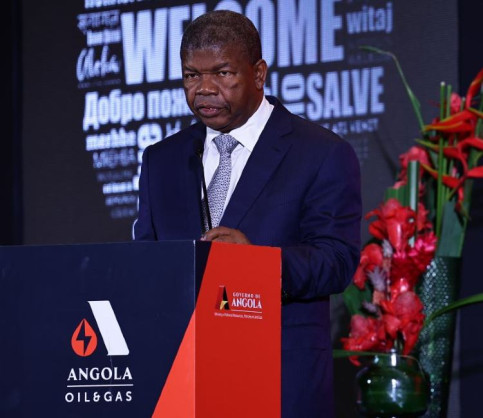 Under the theme, ‘Promoting an Inclusive, Attractive and Innovative Oil and Gas Industry in Angola’, the third edition of the Angola Oil&Gas (AOG) 2022 Conference and Exhibition (https://bit.ly/3EJTwi5) officially kicked off with opening messages delivered by the conference’s Guest of Honor, H.E. João Lourenço, President of the Republic of Angola; as well as the country’s Minister of Mineral Resources, Petroleum and Gas, H.E. Diamantino Azevedo; and a suite of high-level African energy leaders including H.E. Haitham Al Ghais, Secretary General for OPEC; Sergio Pugliese, Angolan President for the African Energy Chamber (AEC); and the AEC’s Executive Chairman, NJ Ayuk.

“This Angola Oil and Gas 2022 Conference is of great importance and is taking place at a moment when geopolitical cooperation is imperative towards promoting the development of oil and gas in Africa,” stated H.E. President Lourenço, adding that, “Angola has always aspired to become a leading supplier of oil and gas to the global market while striving towards alleviating energy poverty in Africa. In this regard, efforts are being made primarily for the growth of oil and gas activity in tandem with the development of existing resources. The Angolan Government has defined and has already implemented a program of improvement and distribution that will increase oil storage capacity throughout all capital and regional municipalities throughout the country.”

Renowned for his extensive experience on the international oil and gas stage, the newly appointed Secretary General for OPEC, H.E. Haitham Al Ghais, delivered a keynote speech during which he supported the exploitation of Angola’s natural resources while indicating that the organization will continue to help the country better guide its oil and gas market.

“Over the past five years, President Lourenço has implemented a number of reforms throughout the oil sector that will serve to attract more investment across the country. We welcome the permanent cooperation among OPEC member states and the establishment of OPEC+. The cooperation between our members proves the courage of OPEC to the world and that the stability of oil markets in the world depends on multilateral cooperation and a united effort by all crude oil producers worldwide,” stated H.E. Al Ghais, concluding that, “OPEC will continue to count on the contribution by Angola, and the Secretary General will always be at Angola’s disposal for all the support that one of Africa’s most important oil producers might need.”

Additionally, the opening ceremony was attended by H.E. Minister Diamantino, who offered an update on the current state of Angola’s oil and gas industry while identifying the Government’s efforts towards diversifying the country’s energy portfolio and the proactive role that the Ministry is playing in strengthening partnerships with the private sector to advance the energy industry.

“It’s a great honor for me to offer a warm welcome to this international conference which will serve to connect us for the next two days,” stated H.E. Minister Azevedo, adding, “After the two previous editions, the success was immediately and expressly recognized. This conference will certainly offer solutions to the opportunities and challenges that the oil and gas industry in Angola and Africa will face and we can continue to make efforts to ensure that the oil and gas industry in the country offers the most opportunities for the people of Angola.”

Highlighting the need for African unity, the importance of strong partnerships across the continent, and the call for a just energy transition that will bring energy wealth to Africa through the production of its resources, NJ Ayuk delivered a welcome address with messages of identifying investment opportunities within the entire energy value chain and advancing Angola’s oil and gas industry to bring socioeconomic development to the southern African country.

“We believe it is time for us not to back down on fossil fuels. As we move forward, we have to embrace the future,” Ayuk stated, adding, “We are the future, and we should be proud of what we do. The next three days are going to feature the most amazing discussions about driving this industry forward as Africa has a big role to place and Angola has a big role to play. If we drive this industry forward, Angola will thrive.”

Finally, concluding the conference’s opening ceremony as an official guest of honor, Angola’s President, H.E. João Lourenço, expressed the Government’s commitment towards revamping the national energy sector, driving a wave of upstream investment, and transforming the market into a hub for the world’s largest major energy companies, which will enable Angola to realize its potential and harness its vast hydrocarbon resources to drive energy security and boost socioeconomic development.