It is Criminal for Africans to Abandon Oil and Gas, Organization of the Petroleum Exporting Countries (OPEC) President Gabriel Mbaga Obiang Lima Reiterates

It is Criminal for Africans to Abandon Oil and Gas, Organization of the Petroleum Exporting Countries (OPEC) President Gabriel Mbaga Obiang Lima Reiterates 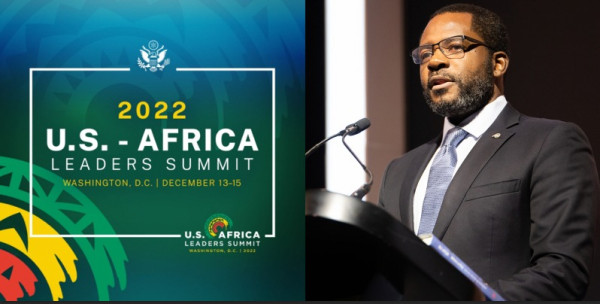 Speaking during the U.S.-Africa Leaders Summit, having taken place in Washington D.C. on 13 December, Equatorial Guinea’s Minister of Mines and Hydrocarbons and OPEC President for 2023, H.E. Gabriel Mbaga Obiang Lima, discussed the importance of oil and gas development in Africa and how exploitation of the continent’s natural resources will serve to reduce energy poverty while establishing an independent path towards a just and inclusive energy transition.

With calls by Western forces for Africa to shift immediately away from the use of fossil fuels, H.E. Minister Lima discussed how mounting pressure to abandon the continent’s natural resources have impacted Africa’s socioeconomic development. With dwindling oil and gas projects and major divestments occurring throughout the industry, Africa’s vast, newly discovered oil and natural gas assets are threatened.

“What we are not going to do, is abandon a resource that can change our countries,” Minister Obiang Lima stated, adding, “We will continue drilling because we need it. Anyone asking African countries not to develop fossil fuels, is criminal. It is criminal because they are telling us that we do not have the right to develop. The largest number of members of OPEC, this year, are African countries. Mozambique is going to become the biggest supplier of gas, Senegal will become a big supplier of gas, Nigeria and Equatorial Guinea will become big suppliers of gas. So, what you will have in 2035, you will have the African continent serving as the biggest supplier of oil and gas.”

The Minister argued that fossil fuels have an important role to play in the global energy transition and stand to bring reliable energy to the hundreds of millions – 600 million in sub-Saharan Africa – of Africans who lack access to energy. As a catalyst for industrialization, economic growth, and greater stability for Africa, the exploitation of fossil fuels will be used to expand the continent’s wealth and energy security.

“We are not responsible for the climate crisis; the climate crisis has two players: the producers and the consumers,” the Minister stressed, highlighting, “And what’s driving it, is the demand. You need the resources to be able to develop and we will continue to do so. Whoever is willing to come to our country and develop, I guarantee you, you will make money.”

Serving as one of the continent’s most significant impediments to socioeconomic development, energy poverty eradication will require an immense, concerted effort, and necessitates the utilization of all energy resources available within Africa. As such, natural gas, which is found in abundance throughout Africa, will be a crucial tool to decarbonize the continent in pursuit of global climate sustainability goals.

“Whoever is willing to come to our country to help us develop our resources, you will be welcomed,” Obiang Lima concluded.

Calling on African governments to push back on the attempts by Western powers to prohibit the continent from paving the way for its own energy transition, Obiang Lima highlighted how oil and natural gas revenue, gas-to-power projects, and intercontinental collaboration can allow the continent to fully capitalize on the jobs and economic prospects associated with resource development and thus lead to a just and equitable energy transition.

African countries have embraced a message of Drill Baby Drill and Gas Baby Gas as a pathway to Making Energy Poverty History and defeating Climate Change given Africa’s low greenhouse gas emissions and the need to industrialize as promoted by the African Energy Chamber.  A cravenly pro energy position that has become the rallying cry of many Africans against wealthy countries pushing for Africans to leave their resources.