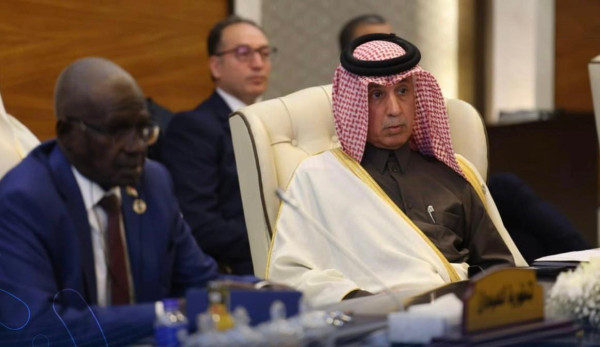 The State of Qatar took part in the consultative meeting of the Arab Foreign Ministers, which was held on Sunday in Tripoli at the invitation of the State of Libya.

HE Minister of State for Foreign Affairs Sultan bin Saad Al Muraikhi represented the State of Qatar at the meeting.

Delivering the State of Qatar’s Statement before the meeting, HE the Minister of State emphasized the necessity of the joint Arab work to realize the Arab nations’ interests and to support their security and stability, pointing to the dire need for consultation, collaboration, exchange of visions, and coordination regarding the interests of the Arab nation amid the delicate circumstance in which regional and international political scene is affected by wars, conflicts, and economic changes.

HE Sultan bin Saad Al Muraikhi said that the State of Qatar has always been keen on Arab consensus and on timely holding of meetings and consultations, so that the issues raised keep expressing the Arab reality and interacting with the aspirations of the Arab peoples.

His Excellency extended thanks and appreciation to the State of Libya for hosting the friendly consultative meeting, pointing out that it thus confirms its keenness to play its active role and to consult with member states with the aim of mobilizing collective efforts to serve the common causes, upholding the Arab values and civilization among nations.

In this regard, the State of Qatar calls on all Libyan parties to pursue dialogue and prudence as means to overcome differences and create an environment for holding presidential and legislative elections, he said. Qatar also renews its full support for the Libyan political process, he added.

His Excellency reiterated the State of Qatar’s siding with the Arab consensus, in line with its firm and principled stance on supporting the unity, stability and sovereignty of the Arab countries and the right of their peoples to realize their aspirations for freedom, peace, justice and development in all fields.