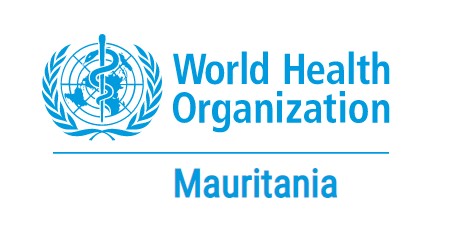 In late August 2022 Mauritania’s health authorities received reports of several cases of miscarriage among camel herds in the southern Boutilimit Valley region. Within less than 24 hours, three emergency teams had been dispatched to respond to the alert.

“These kinds of events may indicate that there is a potential risk of a Rift Valley Fever outbreak,” says Dr Abbad El Moctar Mohamed, a public health expert and epidemiologist with the Ministry of Health. “We had to act quickly to avoid the emergence of epidemics whose immediate effects and consequences are very serious for our populations’ health.”

In the past it could take more than a week to send teams to the field, which undermined outbreak control.

Fifty experts from Mauritania’s ministries of health, livestock, environment and defence were trained in various aspects of emergency health response. Similar trainings have also been held in Botswana, Niger, Nigeria and Togo.

“The simulation exercises took place in three health facilities to expose the teams to different environments and contexts in both urban and semi-rural areas,” says Dr Luigino Minikulu Mpia, WHO SURGE project in Mauritania. “This was very useful, as their preliminary reports from the first real-world deployment allowed ministerial authorities to formally notify WHO of the index case of the current Rift Valley Fever outbreak and make decisions on further public health actions.”

The timely notification by Mauritania’s health authorities about the alert from the country’s south enabled WHO to support the deployment of other emergency response teams and to coordinate cross-border activities with neighbouring Senegal and Mali.

Upon confirmation of Rift Valley Fever, three teams each comprising a field epidemiologist, an emergency physician and a biologist launched investigations to find any suspected cases and carry out tests. The teams were able to improve on detection and reporting systems and the routing of blood samples. They also kept local health authorities informed of the situation and worked with the regional governor to raise public awareness of the importance of disease prevention and control.

“Since then,” says Dr Ahmed, “we have had better results in terms of improving patient care and case management.”

In one week of deployment, the Mauritanian SURGE team also recorded 532 cases of diarrhoea, 477 cases of fever, six cases of malaria and three COVID-19 cases.

“The training of the SURGE teams has been very useful because we have been able to respond to regional teams’ questions and concerns, from the chief physician to hospital practitioners, blood bank managers and pharmacists,” says public health expert Dr Mohamed. “We were also able to develop a response plan for primary structures and the Regional Directorate of Health, as well as a patient care plan for hospitals.”

The first mission also highlighted some shortcomings, such as the shortage of blood needed for transfusions, insufficient capacity for intensive care units in hospitals, a lack of epidemiological databases, and shortages of medical oxygen.

Since that first deployment, seven more emergency missions have taken place. Mauritania has also reviewed its response plan for viral haemorrhagic fevers. Training at all levels in intensive care and resuscitation has been organized throughout the country, with the support of experts from WHO Africa and the French Intensive Care Society. In addition, the country is advocating with partners for the decentralization of blood banks and the construction of new oxygen production units.

Three months after the first deployment, the Rift Valley Fever outbreak appears to be stable. No case has been reported since 21 November 2022. A total of 52 cases 23 deaths have been reported in the outbreak.

The last outbreak of Rift Valley Fever in Mauritania in September and October 2020 caused 25 deaths out of 78 confirmed cases.

Distributed by APO Group on behalf of World Health Organization (WHO) – Mauritania.

The 263rd ASEAN Committee in Cairo (ACC) MeetingBrazil hold on, Morocco on the up and up