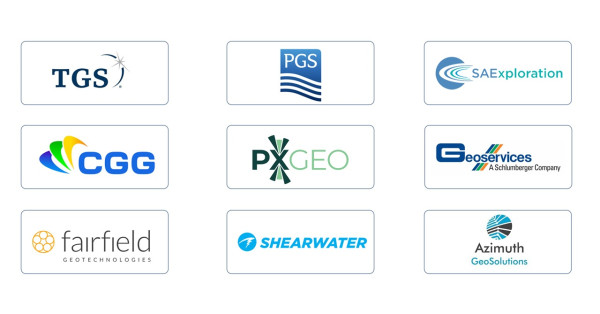 It didn’t surprise me when TGS, the Norwegian seismic data company, announced last May that it would work with National Oil Company of Liberia (NOCAL) to reprocess more than 5,100 square kilometers of 3D seismic data captured in the offshore Liberian basin. After all, the company has a 20-plus year history working in west Africa. TGS has helped countries strengthen their petroleum laws and supported authorities’ efforts to promote licensing rounds and farm-outs.

But the comments from one TGS leader struck me. In a simple sentence, the remarks from Executive Vice-President, Eastern Hemisphere Will Ashby, expressed both pride in the company’s African involvement and the company’s steadfast promise to continuing their work on the continent.

“TGS has been active in acquiring data over the West African Transform Margin for the past two decades, and this update of a key 3D survey demonstrates TGS’ ongoing commitment to exploration success in the country,” Ashby said.

This very public proclamation was made amid a seemingly endless stream of calls by Western voices and environmental activists to halt in Africa to support global zero-emission goals. As a result, I find it particularly encouraging to hear someone say they want to help our energy industry succeed.

Fortunately, that’s typically the sentiment I hear from geoscience providers in Africa. These companies, along with the Houston-based EnerGeo Alliance — the global trade alliance for the energy geoscience industry — have been willing to stand alongside African energy stakeholders, even as others try to demonize them. The geosciences providers here understand why we advocate for African countries to continue capitalizing on their petroleum resources: They’ve seen the devastation of energy poverty for themselves and recognize the good that oil and gas can do for African countries, businesses, and communities.

And that importance will continue in the years to come as companies strive to produce the natural gas Africa needs to power electricity generation, industrialize, and create a pathway to a just energy transition.

The tagline of EnerGeo Alliance (formerly the International Association of Geophysical Contractors or IAGC) is “Energy Starts Here,” and that’s a great way to describe the energy geoscience industry. Long before companies drill for oil, they rely on geoscience firms to provide seismic data acquisition, processing, and interpretation to help them pinpoint where hydrocarbons could lie thousands of feet below the earth’s surface.

Geoscience firms allow oil and gas companies to locate and measure the quantity of natural resources, minimize risks, and maximize the return on their investments. They also help oil and gas companies in Africa make decisions about things like well placement that minimize risks to people and the environment. They have been the driver of discoveries in Namibia, Nigeria, Congo, Cameroon, South Africa, Mozambique, Equatorial Guinea, Senegal, Mauritania, Ghana, Gabon, and many other countries.

Beyond the value geoscience companies provide through their day-to-day operations in Africa, many of them are helping battle misinformation through their membership in the EnerGeo Alliance. In January 2022, for example, the alliance and chamber issued a written response to an anti-seismic advisory issued by the Scientific Advisories Group on Energies (SAGE). SAGE had said that seismic surveys to be conducted in South Africa’s “Wild Coast,” a section of coast on the country’s Eastern Cape, would harm the environment and negatively affect n local, small-scale fishing communities.

As the African Energy Chamber and EnerGeo Alliance wrote at the time, those claims simply weren’t true and the data SAGE released on scientific surveys were based on distortions and misinformation. Nikki Martin, President of EnerGEO, said that in reality, SAGE was doing more harm than good.

“By opposing seismic surveys, SAGE has now aligned itself against South Africa’s pathway out of energy poverty, shutting out the one industry that accelerates the energy transition and supports the country’s net zero emissions goal,” she wrote. Nikki Martin ain’t no punk. She is the real deal.

Well said. The African Energy Chamber is fortunate to be able to support the views and encourage an organization that recognizes the importance of ongoing gas exploration and production in Africa and is willing to stand up against attempts to hinder it.

When Africa Oil Week moved to Dubai and pushed for Dubai to be the home of African energy discussions and dealmaking, it was the geoscience companies who called me and said we must oppose this dumb move and their lack of understanding of Africa and its oil and gas industry. They urged us to create African Energy Week and it has been huge.

These geoscience companies have not only been friends of the African Energy Chamber, but they have been our advisors, our teachers and have worked hand in hand with us on various business development opportunities and have been steadfast in their defense of the work we do to defend our right to drill and also explore for energy. I respect the difficult situation they face in some western countries where radicals will not listen to science but to politics. They have supported our beloved African Energy Week and we will never forget their work and advise on workshops and data sharing.

Meanwhile, it is heartening to know that the oil and gas companies operating in Africa have expert geosciences providers working with them, companies that, as Will Ashby of TGS suggested, realize how important hydrocarbon exploration is to Africa’s energy future.

As I said, the geoscience companies in Africa are making a positive difference. I respect them for their expertise and for their commitment to our continent. They’ve shown they believe in Africa when others don’t.

Vice Minister for Foreign Affairs hosted a dinner in honour of the Minister of Minerals of the United Republic of TanzaniaDisappointing Licensing Rounds: Direct Negotiations Could Be a Win-Win in 2023 for Africa Oil and Gas (By NJ Ayuk)