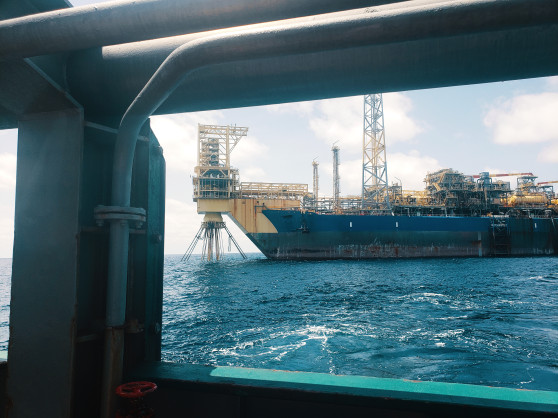 Project partners bp and Technip Energy have announced that the Floating Production, Storage and Offloading (FPSO) vessel has officially left China, heading towards the Greater Tortue Ahmeyim (GTA) development on the maritime border of Senegal and Mauritania.

The MSGBC region’s first hydrocarbon production is officially in sight, signaling new opportunities for widespread economic growth on the back of energy security and industrialization.

On January 20, the FPSO vessel officially left China, bound for Senegal and Mauritania via Singapore. It’s departure from China follows three years of construction and successful sea trials, with the facility – comprising eight processing and production modules and measuring 270m in length, 54m in width and 31.5m in depth – set to accommodate 140 people onboard while processing gas for the GTA’s associated Floating Liquefied Natural Gas (LNG) facility.

Representing a critical part of the wider GTA development, the FPSO vessel (https://bit.ly/3XTSvvT) will enable the processing of up to 500 million standard cubic feet of gas, as well as the production of 2.3 million tons of LNG per annum (mtpa) as part of the GTA’s first phase of development. In its second phase, this figure will increase twofold, with up to 10 mtpa set to be produced.

Speaking to the achievement, Gordon Birrell, Executive Vice President of Production and Operations of bp, stated (http://bit.ly/3Hs4JGA) that, “This is a fantastic milestone for this important project, which is a great example of bp’s resilient hydrocarbon strategy in action. The team has delivered this in a challenging environment, including through COVID, always keeping safe operations at the heart of what they do. With the continued support of our partners, Societé Mauritanienne des Hydrocarbures (SMHPM) in Mauritania, Petrosen in Senegal and Kosmos Energy, we remain committed to helping both countries to develop their world-class resources in a sustainable way.”

What Does First Production Mean for the MSGBC Region?

Jointly developed by operator bp; Kosmos Energy; Mauritania’s Ministry of Petroleum, Energy and Mines; Senegal’s Ministry of Petroleum and Energies; as well as Mauritania’s National Oil Company (NOC) SMHPM and Senegal’s NOC Petrosen, with Technip Energies (http://bit.ly/3XUHM4w) having been awarded the Engineering, Procurement, Construction, Installation and Commissioning contract, the GTA – as the largest hydrocarbon development underway in the region – is on track for first production by Q3 this year with the departure of the FPSO vessel. The project itself is set to transform the regional energy space by introducing a long-term and viable supply of natural gas, thereby opening up opportunities for power generation, industrialization and revenue generation via exports. Up to 15 trillion cubic feet (tcf) of recoverable reserves will be maximized at a time when global stakeholders are looking at capitalizing on African gas resources.

However, the celebration of first gas does more than demonstrate the resilience of the respective governments to monetize offshore gas resources. Quickly following the start of the GTA, Senegal’s pioneer oil development, the 100,000 barrel per day Sangomar Project, is also set to see first production, further solidifying the commitment of both the energy majors involved and regional governments. In early December 2022, project developer Woodside Energy announced that the FPSO vessel has completed construction for the Sangomar Phase 1 Field Development, with production now on track for late-2023.

With these developments, a new era of energy security is in sight for the region at a time when global markets are in a constant state of volatility. For Africa, first production at the GTA and Sangomar will kickstart industrialization and electrification, triggering opportunities across multiple sectors of the economy. For the global energy sector, a new supply of oil and gas will be on the market, enabling the transition away from Russian dependency and advancements in stability.

What’s more, the success of both GTA and Sangomar are set to create a ripple effect of project takeoffs across the region, with project developers hoping to mirror the success of these pioneering projects. Notably, GTA’s neighboring development, the 13 tcf Mauritania -based BirAllah project – representing the largest deepwater gas discovery of 2019 – has long been slated as a follow up to the GTA project itself. Following first production from the GTA, interest is expected to turn to BirAllah, with project developers looking towards a final investment decision (FID). Similarly, the bp-Kosmos partnership has earmarked this year for the securing of the FID of Senegal’s 20 tcf Yakaar-Teranga project (http://bit.ly/3XB54fK), a promising new development located in the Cayer Profond Block to the south of the GTA.

As such, the success of first hydrocarbon production will trigger growth across the entire energy industry and wider economy, with details of these benefits set to be unpacked during the 2023 edition of the MSGBC Oil, Gas&Power Conference and Exhibition (http://bit.ly/3kcOx2O) – taking place from November 21-22 in Mauritania.

During the 2022 edition, project developer Kosmos Energy delivered an update on the GTA project, and now, during the 2023 edition in November, relevant parties will not only celebrate first production but discuss what happens next as well as the progress of other developments. 2023 is set to be the year of first hydrocarbon production for the MSGBC region, but 2024, the start of a new era of multi-project takeoff.