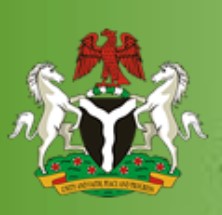 The Permanent Secretary, Federal Ministry of Agriculture and Rural Development, Dr. Ernest Umakihe has received, on behalf of the Management and Staff, an award of excellence, good governance and transparency in the area of procurement from the Center for Transparency Watch.

In his words, “it shows that we are doing the right thing in the procurement process”.

Umakhihe added that, “we are grateful that you have seen through the transparency we displayed, on behalf of the Ministry, I say thank you and appreciate your coming to honour us”.

He also commended the Directors of the Ministry for joining in the transparency drive, noting that the award was not for him alone but for all Management staff especially members of the Ministerial Tenders’ Board, particularly the procurement Directorate that are involved in the analysis, evaluation and bid opening.

In his remarks, the Executive Director, Center for Transparency Watch, Mr. Emmanuel Ayule said the award, (Distinguished Honour Award of Excellence) was given to the Management for their outstanding performance in ensuring transparency, good governance and excellence in public service.

He, therefore, pointed out that he had been engaged with Ministry for some years and observed that due process was followed according to the procurement law, which was the reason for the award.

In her remarks, Director Special Duties, Mrs. Fausat Lawal commended the Organisation for recognizing the Ministry, especially on procurement process.

She pledged that the Ministry would continue to be transparent in the discharge of its duties, noting that the award received would spur the Management to do more.

Highlight of the event was the presentation of award plaque to the Permanent Secretary by the Executive Director, Centre for Transparency Watch.

Distributed by APO Group on behalf of Federal Ministry of Agriculture and Rural Development, Nigeria (FMARD).