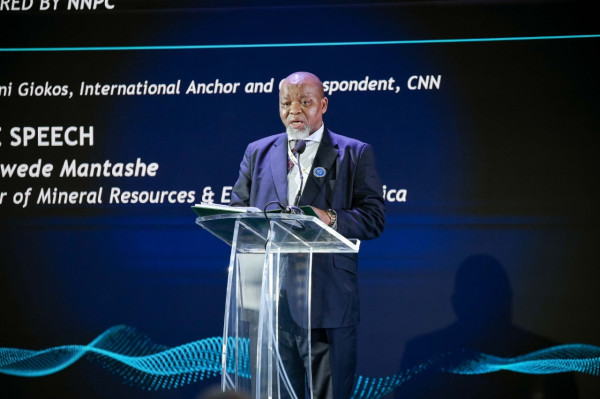 While environmental activists have sought to restrict South Africa from monetizing its oil and gas resources, the country’s Department of Mineral Resources and Energy (DMRE) has proven resilient and is currently moving ahead with plans to open up key onshore and offshore licensing rounds, in a bid to end chronic loadshedding for good. As the country’s energy crisis becomes more acute and global energy supply chains remain constricted, opening up South Africa’s upstream market could mean new opportunities for energy security and self-sufficiency – critical ingredients for creating a globally competitive economy.

South Africa represents a particularly lucrative oil and gas play, with much of its basins largely unexplored. Hoping to mirror the upstream success seen in Namibia in the shared Orange Basin – whereby two sizable oil and gas finds were made in early 2022 – as well as other attractive prospects across the country, the DMRE, led by Hon. Minister Gwede Mantashe, has launched an ambitious upstream agenda, which would see the country opening up on- and offshore licensing rounds following the passage of the Upstream Petroleum Resources Development Bill currently before Parliament.

Now, the Petroleum Agency of South Africa (PASA) – responsible for the promotion and optimal development of on- and offshore oil and gas resources on behalf of the government – is seeking geophysical contractors to acquire fresh seismic data in the Orange, Bredasdorp, Durban and Karoo basins, with the acreage already having been selected. Seismic contractors have until January 30, 2023 to submit bids.

On the offshore front, covering both ultra-deepwater and shallow prospects, PASA is opening up blocks spanning an acreage of 113,000 km² in the Orange basin (west coast); 16,900 km² in the Western Bredasdorp basin and Infanta Embayment (southern coast); as well as 50,000 km² in the Durban basin (east coast). On the onshore front, PASA is looking at opening prospects across 219,000 km² in the greater Karoo basin.

While PASA has proposed the quantity of 2D data needed, the agency has emphasized that it is open to proposals for the reprocessing of existing data, as well as the carrying out of gravity and magnetic surveys, controlled source electro-magnetic data and associated studies. Specifically, the agency wants a minimum of 6,900 km² of 2D to be acquired in the Orange basin; 7,000 km² of existing data to be reprocessed in the shallow Western Bredasdorp basin and Infanta Embayment areas; and a further 3,500 km² of 2D data to be shot, as well as 2D and 3D data reprocessed in the southern Durban basin, the northern Transkei swell and the deepwater Natal Valley. Following the acquisition of this data, PASA is set to open up both on- and offshore licensing rounds, inviting a suite of regional and international players to kickstart the country’s exploration drive.

“South Africa can longer afford to leave its oil and gas resources in the ground. As discussed, during African Energy Week, Oil and natural gas represent the solution that the country needs. Environmental activists that continue to block the development of these resources, continue to block the development of the very economy they live in. The drive by the DMRE and Hon. Gwede Mantashe should be commended, as the opening up of licensing rounds and acreage will deliver South Africa into a new era of energy security and resilience that many countries across the world so urgently seek,” stated NJ Ayuk, Executive Chairman of the African Energy Chamber (AEC).

“As the voice of the African energy sector, and an organization committed to Africa’s people and Africa’s development, the AEC urges all interested parties to take advantage of the opportunities presented by the DMRE in South Africa. Geophysical contractors are encouraged to help the country provide the data it needs to unleash exploration campaigns, and upstream players urged to take part in one of Africa’s most promising hydrocarbon plays. We are looking forward to the results of these rounds and the many more that are set to follow,” Ayuk concluded.