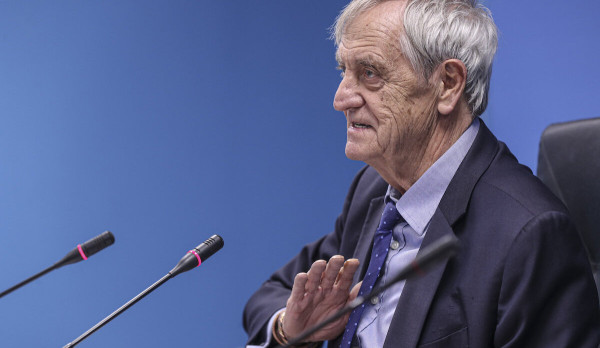 Fast-tracking the implementation of the revitalized peace agreement, not least by getting a new constitution drafted, graduating and deploying a unified national army, ending armed intercommunal conflicts, and making the necessary preparations for elections in December 2024, will be vital for South Sudan in 2023.

“Progress needs to be accomplished this year, 2023, not next year, and benchmarks [stipulated in the Roadmap to implement the peace agreement] that have been missed need to be recovered,” added Nicholas Haysom, the Special Representative of the Secretary-General and Head of the UN in South Sudan, as he held his first press conference of the year.

During the event, in the capital Juba, the top official outlined challenges for the coming 12 months, listed priorities and commented on how the UN in general and the United Nations Mission in South Sudan (UNMISS) in particular is hoping to assist the world’s youngest nation in making the required progress.

Warning that intercommunal violence “could even derail the peace process”, Mr. Haysom listed five such sub-national conflicts as particularly worrying, using the escalating fighting in Jonglei State and the Greater Pibor Administrative Area both as an example of what is happening and what is being done to resolve the situation.

“Shocking has been the number of women and children who were abducted, and those who have faced grave rights violations, including conflict-related sexual violence and abuse,” he stated, describing the practice of abductions as “barbaric” and a “scourge” and commending authorities in Jonglei for having contributed to the release of 68 of its survivors.

In response, Mr. Haysom explained, UNMISS will continue its investigations to document human rights violations in the area and is considering setting up additional Temporary Operating Bases to better protect civilians.

Increased patrolling by peacekeepers, food distribution and other humanitarian aid, keeping access routes passable and safe, highlighting accountability for perpetrators of violations and more engagements and consultations with national and regional stakeholders were also mentioned. These are methodologies used not only to mitigate circumstances in the Jonglei-Pibor conflict, but also tools that can be reached for where intercommunal violence takes place elsewhere in the country.

Having said that, the Head of the UN in South Sudan reiterated that the peacekeeping mission’s resources to protect civilians are “finite”. In this context, Mr. Haysom expressed his hope that the creation and deployment of the Necessary Unified Forces, “under one command”, will increase the capacity to deal with intercommunal violence, thus assuming the government’s primary responsibility to keep its civilian population safe.

“Improving our efficacy and speed of action remains our priority,” said the UN leader, as he listed some of the activities having taken place in 2022 that will continue in the new year: Demining; road rehabilitation; building or repairing dykes to be better prepared for this year’s rainy season; capacity building of all links of the justice system; the deployment of mobile courts to strengthen accountability; promotion of human rights and protection of vulnerable groups; and the implementation of local, small-scale infrastructure projects, so called Quick Impact Projects.

“This year, the Mission is investing in 60 such projects, building clinics, courts, police stations, and prisons,” Mr. Haysom said, adding healthcare for internally displaced persons to the non-exhaustive list of undertakings.

While the peacekeeping mission and other UN entities are ready and able to support the country’s way forward in a wide variety of ways, the essential – not least to enable free, safe and fair elections – process of drafting a new constitution “cannot be undertaken by the international community”, said Nicholas Haysom, likening the document with “a new social contract” for the South Sudanese people to live “sustainably together in peace”.

“I offered the UN’s technical support in this regard and emphasized that the views of all segments or South Sudanese society are vital, both to the constitution and to the reconciliation process,” the Head of the UN in the country said, referring to a recent meeting he had with the Minister of Justice and Constitutional Affairs.

With regards to the elections expected to be held in December 2024, Mr. Haysom told those in attendance, and listeners to Radio Miraya, that UNMISS has been engaging with the National Election Commission and other relevant national interlocutors for some time. The electoral process, he said, “must be transparent, fair and South Sudanese-owned”.

“It must also carried out in a secure environment, free from violence and intimidation…and complemented by the necessary political and civic space to allow for open dialogue, debate, and campaigning,” Mr. Haysom said, concluding that “self-evidently, those conditions are not here yet.”

The African Continental Free Trade Area (AfCFTA), an opportunity for Africa’s youth to accelerate trade and industrializationHigh Commissioner for Human Rights Volker Türk Addresses Opening of the Ninety-Second Session of the Committee on the Rights of the Child