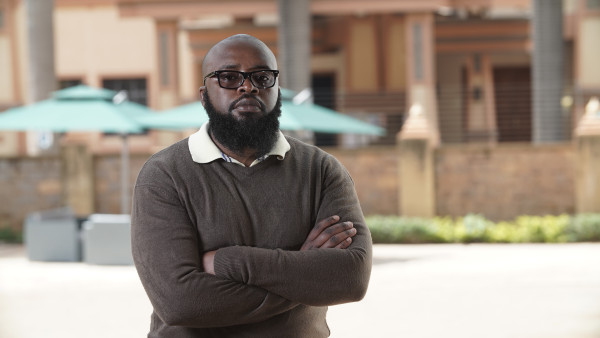 The Africa Blockchain Center (https://www.theAfricaBlockchainCenter.com/), the premier center of excellence for blockchain development in Africa, has today announced the graduation of its first cohort of 105 blockchain developers under its Blockchain Programming training course. The program, which took 6 months, and was run by a network of global experts, is a practical based course that teaches the learners the core fundamentals of blockchain technology and decentralized systems and takes them through the various blockchain programming protocols with a focus on Cardano, Algorand and Ethereum.

The Africa Blockchain Center (The ABC) (https://www.theAfricaBlockchainCenter.com/), a Kenyan Web 3.0 company launched in September 2021 with a mission to propel Africa into the adoption of 4IR (fourth industrial revolution) technologies by building capacity in blockchain programming and catalyzing industry readiness; offering solutions to enterprises seeking to explore the technology, and incubating blockchain startups and companies looking to transition from web 2.0 to web 3.0.

The 105 graduates are from 6 African countries including Kenya, Nigeria, Tanzania, Zambia, South Africa and Benin. Key learning points from the training that the learners were exposed to includes but not limited to; Decentralization in Information Systems, Principles of Decentralization, History and operating Principles of Bitcoin, Blockchain Technology Fundamental structures, Decentralization as an approach in Information Systems, Introduction to Asset Tokenization, Cryptography in decentralized systems, Application of decentralized approaches to system designs, Alternative digital currencies and tokenization, Introduction to Smart Contracts, Features and roles of cryptographic commitments in accounting systems and Development of existing blockchain – based systems (Cardano, Ethereum, Algorand, IoTEX).

Jefferson Mkungusi, the CEO of Africa Blockchain Center, believes that Africa has great untapped potential when it comes to web3 development. “The youth that we have trained will be able to build innovative solutions that will enable Africa to leapfrog to a new era. The potential that blockchain has in solving some of the challenges that are facing Africa is massive, and we have not even scratched the surface. We aim to train 10,000 blockchain programmers, power 25,000 business leaders and executives on blockchain readiness, incubate 50 blockchain startups and launch robust solutions for the market in the next five years.” Said Mkungusi.

As the demand for blockchain solutions increases, the global blockchain industry has a shortfall of skilled candidates. A recent study by LinkedIn Corp. and OKX using data collected from 180 countries between January 2019 and June 2022 revealed an imbalance in the supply and demand of talent in the global blockchain field, with qualified candidates in short supply. Data from the report shows that the number of LinkedIn members working in the blockchain space has grown by 76% year on year through June, but the countries that produce the most blockchain professionals are experiencing a decline in talent growth.

“There is not enough talent because of how novel the technology is.  The technology was conceptualized hardly 13 years ago and it has been under speculation for years with no established pipeline for blockchain talent in place. We see the sector’s rapid expansion and aim to become the sector partner when it comes to blockchain capacity.” Further stated Mkungusi.

Many people enter blockchain as a hobby, developing their skills self-taught, informally, online alongside their day job which also makes evaluating potential hires an extra challenge because recruiters and hiring managers may not know what to look for (or the particular red flags) due to their own lack of experience and knowledge.

“There has been a 17% increase in the last few years on projects utilizing blockchain. From acquiring infrastructure for transparency in information sharing, to digital assets deployment and many other use cases, blockchain is earning its seat at the  revolutionary-tech table. The newly trained ABC cohort will therefore become an added value into the blockchain ecosystem as they are open for new opportunities to support organizations in need of blockchain expertise in Africa and globally.” Concluded Mkungusi.

The Africa Blockchain Center is welcoming blockchain stakeholders to enroll in their ecosystem and help them gain in-depth knowledge of functional and technical aspects of Blockchain technology as well as access the capacity they need to deploy blockchain solutions in their businesses and industries.

Distributed by APO Group on behalf of The Africa Blockchain Center (The ABC).

The Centre is built on three models; (a) Blockchain Knowledge Sharing&Capacity Building, (b) Blockchain Research&Development that creates opportunities for adoption and utilization of DLT across Africa and beyond; and (c) Provision of Blockchain as a Service (BaaS) to key sectors in Africa and beyond.