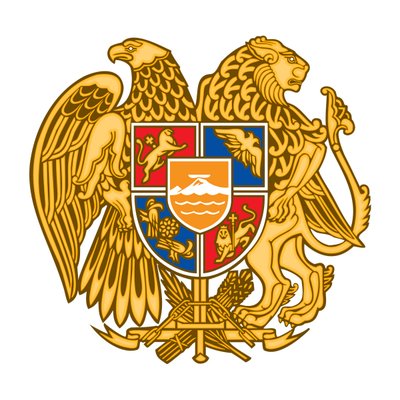 Prime Minister Nikol Pashinyan is participating in the 18th summit of the International Organization of Francophonie in Djerba, Republic of Tunisia. Armenia chaired the organization during the last four years.

At the beginning of the event, President of Tunisia Kais Saied and Secretary General of the International Organization of Francophonie Louise Mushikiwabo welcomed the leaders of the countries, including Prime Minister Pashinyan. French President Emmanuel Macron, Canadian Prime Minister Justin Trudeau and leaders of dozens of other member states of the organization are participating in the summit.

Afterwards, a video recording ceremony of the participants of the summit took place, immediately after which the summit started.

First of all, I would like to express my satisfaction for being here in Djerba, Tunisia in such an intimate and valued francophone environment.

I thank President Saied and the people of Tunisia for organizing such an important meeting and for showing warm hospitality.

By holding this Francophonie summit for the first time in Tunisia, we pay our respects to one of the founding fathers of Francophonie, President Habib Bourguiba.

Four years have passed since the last Francophonie summit held in Yerevan, an exceptionally long period of the current presidency, which, however, the Republic of Armenia has fulfilled with honor, unconditionally implementing all the commitments undertaken.

I would like to thank the General Secretary of La Francophonie, dear Louise Mushikiwabo, for managing our organization so effectively during this process, as well as for the quality relationships that have been established. I am glad that we were able to work together in complete harmony.

I would also like to welcome her efforts to shape a new image of La Francophonie and make the OIF a firmly future-oriented organization with ambitions commensurate with the challenges facing the world.

The world was subjected to major upheavals in recent years. The horrible Covid-19 pandemic, the climate emergency, the resumption of wars and their consequences on global food and energy supplies have left their deep mark on the formation of a new international environment.

At the same time, the listed challenges have come to reveal the exactness and relevance of the approaches and values that underpin our responses.

In the face of pandemics and urgent climate challenges, we must continue to promote enhanced cooperation between countries, emphasizing the principle of solidarity. The latter should assume that the proposed programs and initiatives can be beneficial to the most vulnerable countries, as well as the population in vulnerable situations.

Faced with the activation of hate speech and intolerance, today we are once again convinced of the relevance of the slogan of the Yerevan Summit “Live Together” and the need to promote respect for human rights, equality and cultural diversity.

Finally, facing the multiplication of crises and conflicts, we welcome the Francophonie’s commitment to multilateralism, which guarantees the existence of an international system based on law and respect for the sovereignty of states.

In the recent period, unfortunately, we have to record that the fundamental principles of the UN Charter have been violated, in particular, the principle of not using force against the territorial integrity of any country, on which the collective security of all of us is based, thus gradually imposing the Law of the Strongest.

The aggression carried out by Azerbaijan, to which the Republic of Armenia fell victim on September 13-14, is a vivid manifestation of this reality.

Azerbaijan’s totally unjustified and unprovoked aggression led to the occupation of a part of Armenia’s territories, causing death and suffering to the civilian population and causing considerable destruction.

The established ceasefire, however, has not yet put an end to this country’s ambitions for other territories of Armenia.

Faced with new threats, we expect the international community to make a fair assessment of the situation our country has appeared in today, condemning the occupation of some parts of the Armenian territory and demanding the return of Azerbaijani forces to their initial positions.

Armenia, for its part, is firmly committed to contributing to the process of achieving a peace treaty with Azerbaijan, as well as ensuring the rights and security of the Armenian population of Nagorno-Karabakh.

Armenia, as the current Chair of the Francophonie Summit, has consistently continued its activities within the framework of Yerevan’s Francophone call to live together, initiating the resolution on living together during the Covid-19 pandemic, which was adopted in November 2020 by the Francophonie Ministerial Conference.

Our country has carefully pursued the activities of La Francophonie in the digital and economic domains and the significant progress achieved under the leadership of the Secretary General. In this regard, we expressed our gratitude to the OIF for its efforts to develop economic cooperation between different regions of the French-speaking world.

Armenia is convinced that this declared universal aspiration will allow to ensure the recognition of Francophonie at the international level, as well as the spread of its values and ideas, to which my country continues to remain deeply committed.

Concluding my speech, I would like to once again express my gratitude to the Secretary General for her willingness and involvement.

Now it’s time for me to hand over to you, Mr. President, the presidency of the Francophonie Summit, wishing you every success.

After the speech, the presidency of the International Organization of Francophonie was transferred from Armenia to Tunisia, with a symbolic handshake ceremony between the Prime Minister of Armenia and the President of Tunisia.

Distributed by APO Group on behalf of The Prime Minister of the Republic of Armenia.

The Prime Minister, together with his wife, arrives in Tunisia on a working visitThousands Tune in Virtually to Hear Bill Gates on Innovating for Food Security & Climate Change in Africa