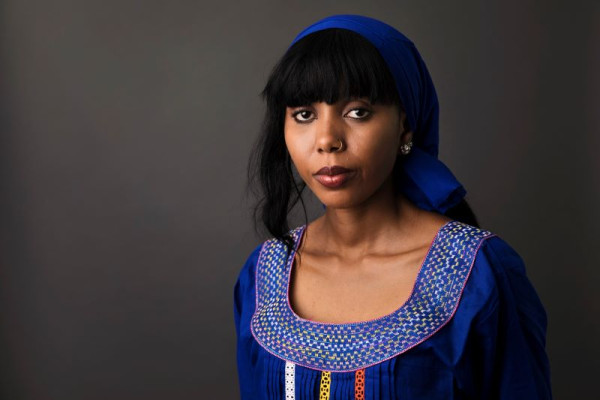 UN Women Goodwill Ambassador for Africa on female genital mutilation (FGM) and child marriage, Jaha Dukureh, will visit Liberia from 19 to 27 November 2022 to add support to the country’s efforts to eliminate FGM, a harmful practice against women and girls.

Ms. Dukureh hails from the Gambia and is herself a survivor of both FGM and child marriage. In February 2018, she was appointed UN Women Goodwill Ambassador for Africa to support regional and global advocacy efforts to end FGM and child marriage. Alongside women’s organizations and civil society, she contributed to the Gambian Government’s ban on FGM in 2015 after youth mobilization and campaigning in the country. She also contributed to an investigation on FGM in the USA by former President Obama’s administration, and the subsequent Summit to End FGM at the United States Institute of Peace.

Ms. Dukureh’s visit will coincide with the start of the 16 Days of Activism Against Gender Based Violence campaign which will be observed from 25 November to 10 December under the global theme, ‘Unite, Activism to end violence against women and girls” and national theme, ‘With one voice, let us unite to end violence against women, girls and children.’

“The visit follows Liberia’s sign up to the Generation Equality Action Coalition on Gender Based Violence in 2021 and is intended to support Liberia’s efforts towards the eradication of FGM through multi-stakeholder engagements and high-level advocacy and social mobilization,” says Comfort Lamptey, UN Women Liberia Country Representative.

Major highlights of Ms. Dukureh’s visit include: a public screening of ‘Jaha’s Promise’, a documentary film about the life and advocacy efforts of Jaha Dukureh; engagements with various stakeholders including traditional and religious leaders; a solidarity walk to end gender based violence in Liberia; the launch of the 16 Days of Activism Against Gender-based violence as well as the launch of a Vocational and Heritage centre in Sonkay Town, Liberia.

The Sonkay Town Heritage centre is one of four vocational and heritage centres established by UN Women under the framework of the European Union and United Nations Spotlight Initiative. The four centers are expected to provide alternative economic livelihood programs to former traditional practitioners of FGM in Liberia.

Ms. Dukureh is expected to engage with various change makers including government officials, diplomatic community, traditional leaders, civil society, women’s organisations and the media. She will also reinforce public knowledge and increase education on the depth, scale and devastating consequences of FGM.

In February 2022, the National Council of Chiefs and Elders of Liberia in collaboration with the Government of Liberia proclaimed a three-year ban on the practice of FGM from 2022 to 2025. Nonetheless, Liberia remains one of the three West African countries that do not have a law criminalizing FGM despite having signed and ratified regional and international human rights instruments condemning the practice as a human rights violation, including the Maputo Protocol that seeks to outlaw FGM.

UN Women is supporting efforts of the Government of Liberia to eliminate gender-based violence through the Spotlight Initiative, a global programme that aims to eliminate all forms of violence against women and girls including harmful practices such as FGM.