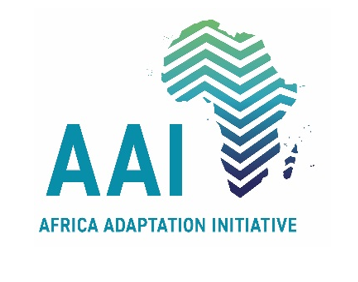 The United States Special Presidential Envoy for Climate, John Kerry, announced the $25 million injection to launch AAI’s Food Security Accelerator during the “Advancing Adaptation in Africa” event at COP27. The funding will help to identify adaptation investments with the overall aim of increasing food security and unlocking private capital to invest in innovative solutions to counter the worsening food situation in Africa.

Jochen Flasbarth, State Secretary for the Ministry for Economic Cooperation and Development for Germany, pledged €5 million (US$5.25 million) during the conference for AAI’s operations as part of the Team Europe Initiatives, with members including the Netherlands, Germany, Denmark, France and the European Commission. A further €5 million (US$5.25 million) was pledged by Germany to enhance climate adaptation and resilience in Africa. Ms. Yamide Dagnet, Director for Climate Justice at The Open Society Foundations pledged an additional US$4.5 million by 2025 to support the strengthening of the AAI’s pioneering project on rural communities, ECOVERSE.

At COP27, new pledges totalling US$230 million were made for the Adaptation Fund, and the UN Climate Change’s Standing Committee on Finance will be preparing a report on doubling adaptation finance for consideration at COP28 in Dubai next year.

H. E. Lee James Taylor White, Minister of Water&Forests, the Sea and Environment of Gabon, commented: “Catalyzing adaptation action on the African continent is now more necessary and urgent than ever. Our priority at the Africa Adaptation Initiative is to continue highlighting the need to step up adaptation funding across the board. There is a critical need to bring meaningful finance and a real commitment to Africa to help people who have done little to contribute to global climate change but are currently most impacted by its effects.”

Commenting on the funding, Ambassador Seyni Nafo, AAI Coordinator, said: “We know that Africa is heating up faster than any other part of the world. It is estimated that African countries will need, at least, US$579 billion between 2020 and 2030 to plan and implement the adaption measures we need, so the urgency of this issue cannot be over stressed. We would like to thank all our partners, including the Bill and Melinda Gates Foundation, the Climate Emergency Collaboration Group, the European Union, the Government of Germany, OSF and the USA for supporting our efforts to accelerate adaptation plans and raise awareness of the extensive work needed over the coming years to adapt to the already devastating impacts of climate change on the continent.”

Distributed by APO Group on behalf of Africa Adaptation Initiative.

The AAI was launched by H.E Abdel Fattah El-Sisi as Coordinator of the Committee of African Heads of State and Government on Climate Change (CAHOSCC) at COP21 in Paris (December 2015) to the United Nations Framework Convention on Climate Change (UNFCCC).

The AAI aims to enhance action on adaptation through partnerships with institutions and organisations undertaking relevant work on the continent to scale up and replicate on-going initiatives and develop proposals for new initiatives.