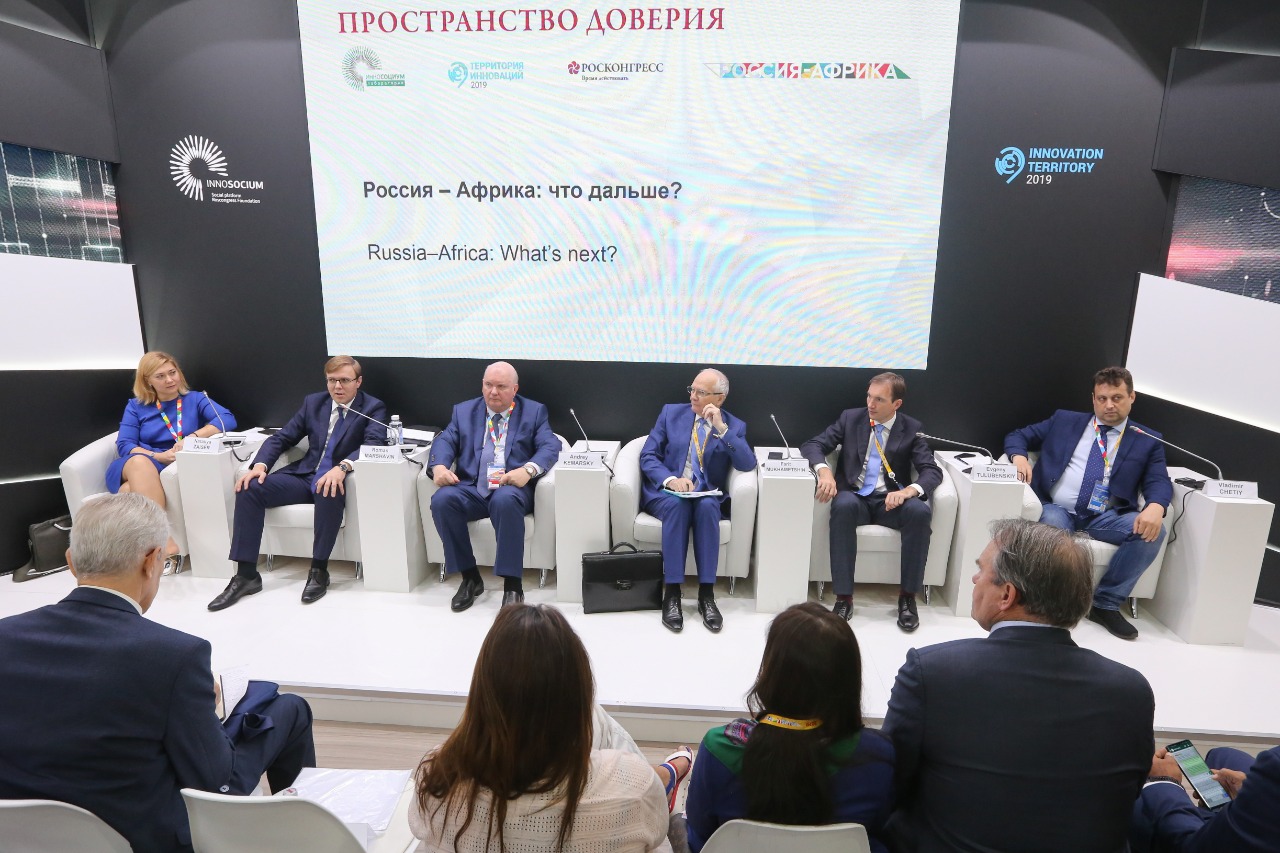 Relations with African countries are among the most important and promising themes of Russian politics, with increasing interest shown in this subject in recent years. Meetings devoted to the development of Russian–African relations have become a regular occurrence since 2017. The first Russia–Africa Public Forum was held in October 2018 and demonstrated the scale of public interest in building a dialogue. The Russia–Africa Summit was the largest event in the history of Russian–African relations and was attended by the heads of most African countries. The opportunities offered by this collaboration are enormous. On the one hand, Africa has natural resources and record growth rates in the population, economies, and living standards. On the other hand, it has political weight, experience in the development of mineral resources, scientific, production, and technological potential as well as financial opportunities.

The prospects for such collaboration are beyond promising and they not only include an economic and political component, but a humanitarian element as well. The renaissance of Russian–African relations will have an impact on social affairs, including the development of civil society, and will affect the formation and accumulation of human capital. And that is something we need to think about today. This issue was discussed at the Building Trust Area of the Russia–Africa Economic Forum, which combines two of the Roscongress Foundation’s projects – the Innovation Space and the Innosocium LAB.

The session ‘Russia–Africa: What’s Next?’ was moderated by Nataliya Zaiser, Chair of the Board of the Africa Business Initiative Union, and Vladimir Chetiy, President of the Global Alumni Alliance. The panellists included: Andrey Kemarsky, Director of the Department of Africa at the Russian Ministry of Foreign Affairs; Farit Mukhametshin, Deputy Chair of the Russian Federation Council’s Committee on International Affairs; Igor Morozov, Deputy Chair of the Russian Federation Council’s Committee on Science, Education, and Culture; Yevgeny Tulubensky, Chief Legal Officer for Corporate and Regulatory Affairs and a Member of the Board of Directors at Nordgold; Vladimir Yurtaev, Professor at the Department of Theory and History of International Relations at the Peoples’ Friendship University of Russia; and Roman Marshavin, Executive Director for the Russian Federation and Syrian Arab Republic at the World Bank Group.

“Russian–African relations are very multifaceted and affect almost all spheres of life. There is still a lot of room for them to develop and it needs to be utilized. There is a wide margin for the development of trade and economic cooperation. The potential here is underutilized and is not consistent with the high level of political relations that we have achieved. There have been some successes and commodity circulation is on the rise, but not at the pace we would like. African markets are extremely important for the Russian economy. We can expand the joint use of natural resources, introduce our high technologies, and develop tourism. The most important and traditional sphere is education. Training specialists creates a very important foundation for the future by strengthening both bilateral relations and public relations. Graduates of Russian universities actively cooperate with our country and create associations, and such a movement undoubtedly deserves to be supported at the highest levels. We are working in a rather fierce competition. We must remain calm about this. We have the opportunity to overcome negative factors. And public relations will play a very important role on this path”, Kemarsky said.

At the same time, despite the rich past of Russian–African relations, a lot of work needs to be done to restore the former level of relations. “The discussion at the Forum showed that African countries and Russia do not know each other well enough today. This needs to be fixed. We need to provide awareness about our affairs, our education, new technologies, the security sector, and the experience of the state guaranteeing investment projects. This should not only be done by public organizations, but also by embassies, business associations, and chambers of commerce and industry. It is crucial to intensify this work and to search for common ground. The second thing is that we have huge projects and contracts, but that is not enough. If we do not attain a level of cooperation in small and medium-sized business as well as specific contacts between enterprises, between cities, and between individual projects, then we will not accomplish much. We need to expand the number of specialists from African countries studying in Russia and give them the right to work at Russian enterprises. And, accordingly, we need to intensify work with graduates of the Soviet and Russian periods and look for people who already understand us better and can find common ground”, Mukhametshin said.

And we won’t have to wait long for the results. “The work carried out by public organizations and the social responsibility of business is driving Russia’s return to Africa in and of itself. But we are overlooking one important thing: Russia is a global donor of aid for sustainable development. Last year, Russia invested more than USD 800 million in humanitarian projects. This year we allocated a billion. We are now part of a system in which we work together with the World Bank’s trust funds and with the UN development programme, where Russian money is diluted. If we are now going to return to Africa, our colleagues must clearly understand that we are investing this money in social development, enhancing human potential, and other projects. Our return through such investments will be more visible and better perceived by our African partners. We need to reformat money for bilateral formats in our programmes so that it works through our graduates and our compatriots. These are our human resources. And I am very grateful to those who have supported our economic, trade, and humanitarian relations over these decades. The time has come, and we are ready for this. Parliament is ready, the Ministry of Foreign Affairs is ready, and the development institutions are ready. The only thing left to do is to start implementing specific projects”, Morozov said.

“Public organizations and contacts at the generally accessible level and not just the highest level are what makes collaboration fully functional and pushes it from the plane of politics and business to the social sphere. At the same time, Africa is very diverse and multifaceted. In this situation, it may be important not to scatter efforts, but to start concentrating on the most promising areas and operators, and then build on the success we achieve”, said Elena Marinina, Deputy CEO of the Roscongress Foundation and Director of the Innosocium Foundation.

The Building Trust Area programme was prepared by the Innosocium Foundation – the social platform of the Roscongress Foundation.