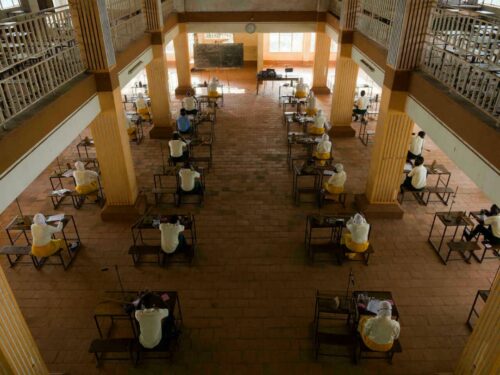 In Uganda, schools have reopened this Monday 10th January nearly two years after learning was suspended because of the coronavirus pandemic, ending the world’s longest school closure.

Richard Aburo, Nakasero primary school deputy headteacher said :
« In schools that are within the city or within the towns, some of them had the opportunity maybe to get some study materials and they did something for sometime, but when it is not well supervised, then you’ll find that they might have studied but not to the best of their ability. In schools upcountry, some of them did not study anything. »
« There are teachers in private schools that did not receive any pay completely and others have maybe even abandoned the profession, so now bridging up that gap… Still it will take some time and we will need some serious intervention by the government and other well-wishers. » he added

But for some parents, the return to school has been difficult after the economic pain caused by pandemic curfews and lockdowns.
Siraj Senkungu, welder and father of 4 schoolchildren :
« We have taken two years without coming to school, but now I’m very happy to see my children coming back, to see the children back, and to get their friends. They have been missing them. »

According to the Education Minister John Muyingo, all primary and secondary students would automatically resume classes a year above where they left off, and urged schools to follow health protocols.