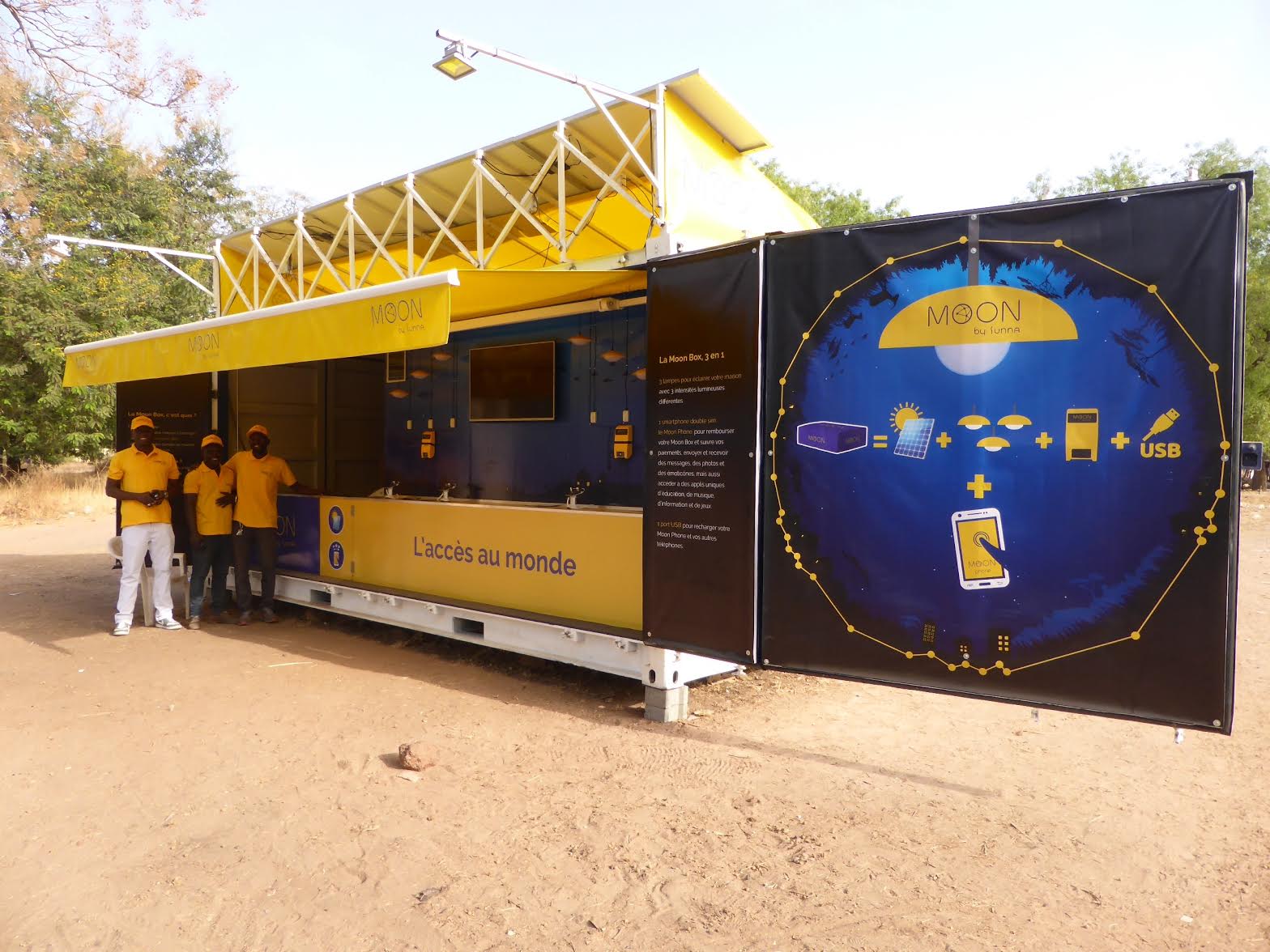 This pioneering project will be funded by the general public via Solylend, a committed crowdlending platform

Paris, 24 May 2017 – A French start-up with recognized expertise in the field of autonomous solar lighting, Sunna Design has just announced the launch of a crowdlending operation in partnership with Solylend, a platform enabling private individuals to lend to companies. The objective is to finance ‘Moon’, a pioneering project aimed to provide access to energy and digital content specifically designed for African rural populations. Thomas Samuel, founder and CEO of Sunna Design, and Nicolas Pereira, founder and CEO of Solylend, have set an initial target at € 100,000 to launch the first pilot in Senegal to cover 500 people by June 2017.

Individual solar systems have now become a proven technology which is expanding in Africa, while the progression of smartphones is very promising. With this in mind,  Sunna Design seeks to create a synergy by capitalizing on its technology to offer digital services through solar energy. The Moon kit includes an individual solar system with 3 lamps and USB charging. Also included is a smartphone that is the real pillar of the project and has 3 functions. First, it makes it possible to reimburse the energy kit thanks to a mobile money system. Then it serves as a practical platform to access digital services, designed to provide information, educational programs or health services or agricultural assistance. Finally, it creates a social link between communities based in sometimes very remote locations outside mobile or wireless coverage area.
For Sunna Design’s CEO Thomas Samuel, “the strength of the project lies in the fact that it is designed for rural villages where most of the African people live today. In order to be effective,  local economic development has to take place ‘on the spot’ where people actually are. Our two teams in France and Senegal, are exploring opportunities and have already started to identify local developers to enrich the first portfolio of apps. Thanks to our solar kits and the Moonphone, we will help to deploy customized services. That is what we are most proud of! ”

Solylend’s CEO Nicolas Pereira would like to create a new dynamic in relations between developed and emerging countries, by promoting a more direct and balanced relationship between citizens on both sides. “All the young Africans whom we have met know perfectly how to define their priorities and only ask for tools to be able to move forward and start businesses,” he explained. “With our lending platform, we bring a financial tool and encourage dialogue with lenders who can follow the progress of the project. It is a virtuous circle based on shared responsibility: the company that leads the project is responsible, so are the communities whose members will create new economic activities thanks to access and digital content and so are the lenders who want to lend money to support a cause “. 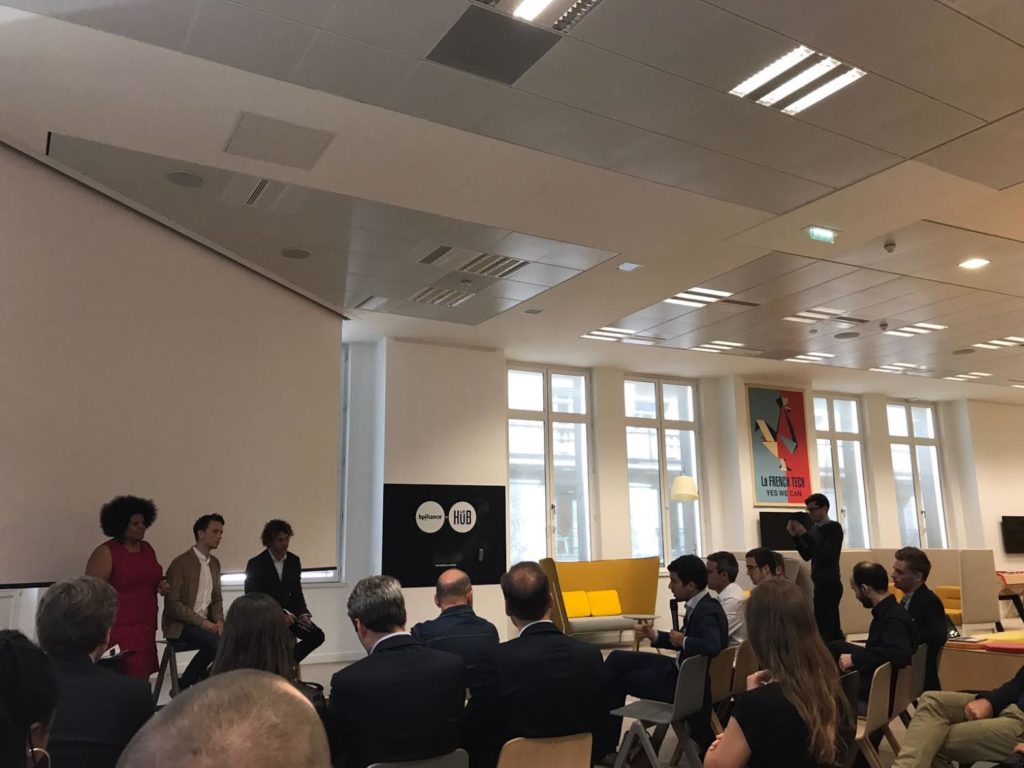 The crowdlending campaign officially began at the Paris headquarters of the Banque Publique d’Investissement (BPI-France), which has been supporting Sunna Design for several years. This campaign is aimed to pre-finance the solar kits offered to local customers, as the economic model is based on ‘pay as you go’, enabling each person to plan payments according to his or her income, needs and priorities. This crowdlending operation, which offers lenders a rate of 6%, will continue throughout June 2017 and is particularly targeting all people interested in the economic development of Africa.

***
About Sunna Design
Is it still a startup? Created in 2011, the company, which designs and manufactures in Bordeaux innovative solar street lights, has now installed over eight thousand of these in over forty countries. At the origin of Sunna Design is the objective of providing a reliable and sustainable off-grid public lighting solution, yet affordable for all, even in rural areas in emerging countries. Five years later, the company has received 8 international awards (MIT, Ernst & Young, La Tribune) raised funds up to $ 6, 6 million euros with investors like Demeter Partners, teamed up with prestigious partners such as the re CEA, Saft, Schneider Electric, Thorn, filed 14 patents for breakthrough innovations, and thus took a reference position in the solar street light market. The Bloomberg New Energy Pioneer Prize 2017 has just recognised Sunna Design’s work.
http://sunna-design.fr/

About Solylend
Our mission at Solylend is to support the social and solidarity economy while promoting the emergence of projects for the development of emerging countries. Because we know the situation of the populations on our planet, we had to put in place a tool to inform citizens all around the world about projects with high impact that they could finance. That is why we created the first “crowdlending” platform entirely dedicated to projects whose impact will be strong and measurable for those who will benefit from them, today and tomorrow. We want to help to finance concrete solutions, promoted by companies that have understood these challenges; we therefore submit their projects to a community of lenders via our dedicated online platform, in order to raise sufficient funds to start, support and help the projects to last over time. Access to energy, access to water, education, health and the development of agriculture: we will soon be able to solve many problems thanks to a solid group of lenders and entrepreneurs.
http://www.solylend.com