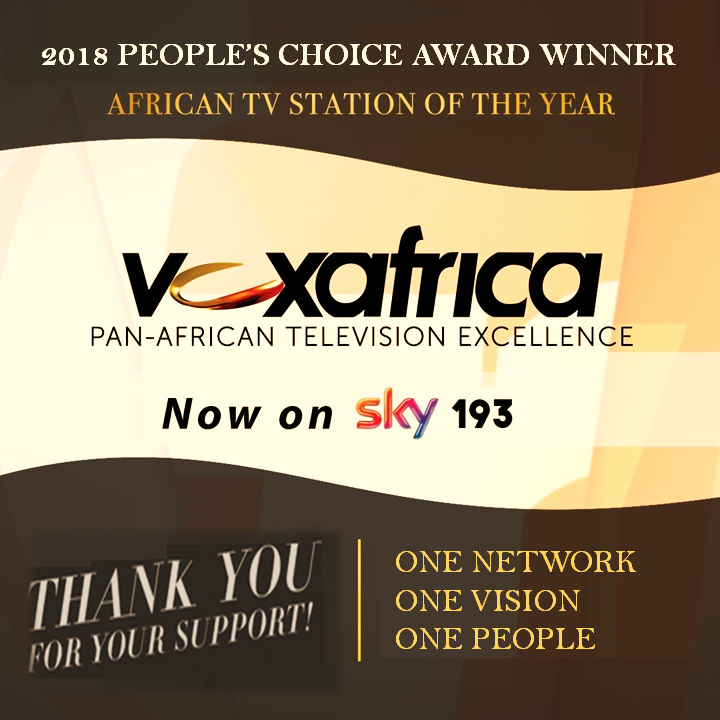 The highly anticipated African pride awards 2018, was held at the iconic Proud Embankment in London on Sunday, 3rd June 2018.

Attended by more than 400 industry professionals from around the world and hosted by Anisole Olukoya Michael, of the Oyemykke Show, the African pride awards handed out 21 APA statues to the winners announced.

VOXAFRICA TV was honoured for the second year in a row, as the winner of the AFRICAN STATION OF THE YEAR award, as voted by the people. This makes Voxafrica TV’s 5th win, as the Best African TV station in the UK.

In 2012, 2013 and 2015, Voxafrica TV was voted Best African TV station at the Black entertainment film, fashion, television and arts awards [BEFFTA], and African station of the year in 2017 at the African pride awards.

Special recognition awards handed out on the night included awards to:

The MP for Tottenham, the Rt. Hon. David Lammy, MP, for leading the Windrush campaign in Parliament Joyce Obaseki, founder of Grant a Smile, for her tireless work with parents battling chronic medical conditions DJ Abrantee, a pioneering Afro beat DJ, for his critical contribution to Afrobeat in Britain and his resilience in the face of adversity Ebony Reigns, the late Ghanaian artist, for being a trendsetter, pushing the boundaries and inspiring the next generation.

SPECIAL RECOGNITION – CHARITY OF THE YEAR Save the Congo! for leading the fight to end the wars and conflicts that have killed over 5.4million Congo LIFETIME ACHIEVEMENT AWARD Sir Trevor McDonald OBE, the first black reporter on British television and Britain’s most prominent newscaster, for the extraordinary role he has played in inspiring excellence in many black people in Britain

___ VoxAfrica TV would like to thank its’ audience, partners, clients and ever passionate staff, for their continued support. We also congratulate all nominees as we all work towards showcasing a true and positive image of Africa to the world.