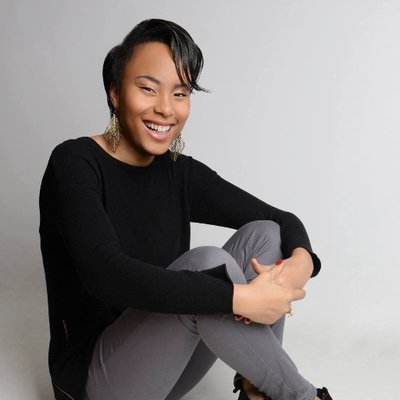 Executive Producer Danielle Vassell in association with YSP Media are pleased to announce the production of Women of Impact: Defying the Odds, a short documentary film which follows five distinct but similarly inspirational journeys of young women of colour.

The short documentary written by Danielleis due to premiere on VoxAfrica’s Anglophone platform; Sky 193 / Freeview 271 on Friday the 22nd May at 6.30pm. With show repeats due to be aired; Sunday May 24th at 3pm, Wednesday May 27th at 9,30pm and Saturday May 30th at 7:30pm.

Driven by a desire to create a platform for young women of colour to share their stories of overcoming adversity in all walks of life, ‘Women of Impact: Defying the Odds’ shines a light on their diverse personal journeys. Surviving and thriving following a premature birth, becoming a powerful advocate for change in the foster care system after traumatic experiences growing up, and working through humiliation at school to achieving incredible heights in academia, these are just some of the moving and powerful stories of success against the odds.

The experiences of a journalist carving her own path in a challenging industry, and an undergraduate and singer-songwriter from a religious family leading worship and providing guidance to others from disadvantaged backgrounds, each individual story is united by a common desire to achieve and share their wisdom with others.

“Danielle’s passion and dedication to write and share her powerful story has been the driving force behind this project, and the incredible women she brought into the film have equally given us wonderful inspiration. YSP Media were delighted to have been brought onboard to produce this film and work with Danielle to create a platform to share these stories, and to hopefully spark a conversation going forward.”

Danielle’s book “My Journey of Hope” due to be released later this year maps her personal story of her miraculous birth to adulthood. She recently co-authored the last best-selling volume ‘20 Beautiful Women.’ A book for women to share their personal journeys of turning their pain into POWER. The last volume is now released on Amazon. Volume 7 is listed ‘Amazon Best Seller List’ in Top 5 and Top 10 in more than one category. These include Women Personal Spiritual Growth, Motivational Growth and Spirituality and Motivational Self Help.

Having been born, weighing just one pound 4 ounces (590g), Danielle defied, the grim prognosis report of doctors and specialists that gave her 0-5 percent chance of survival. After spending 5 months in hospital, she went home weighing 7 pounds.

Her story has been successfully featured  on various radio stations, and television networks. In various media formats such as interviews, newspaper and magazine articles, Danielle has also spoken at a range of events such as universities, and conferences, all making positive impact on those you have heard or read about her journey.

Danielle’s passion, is to uplift others with hope to create platforms for others to share their personal stories to positively impact the lives of others.

An award winning, RTS nominated film and video production company based in the heart of the East Midlands in Derby, YSP Media specialises in the development of high quality films, commercials, corporate promotional videos, documentaries and music videos.